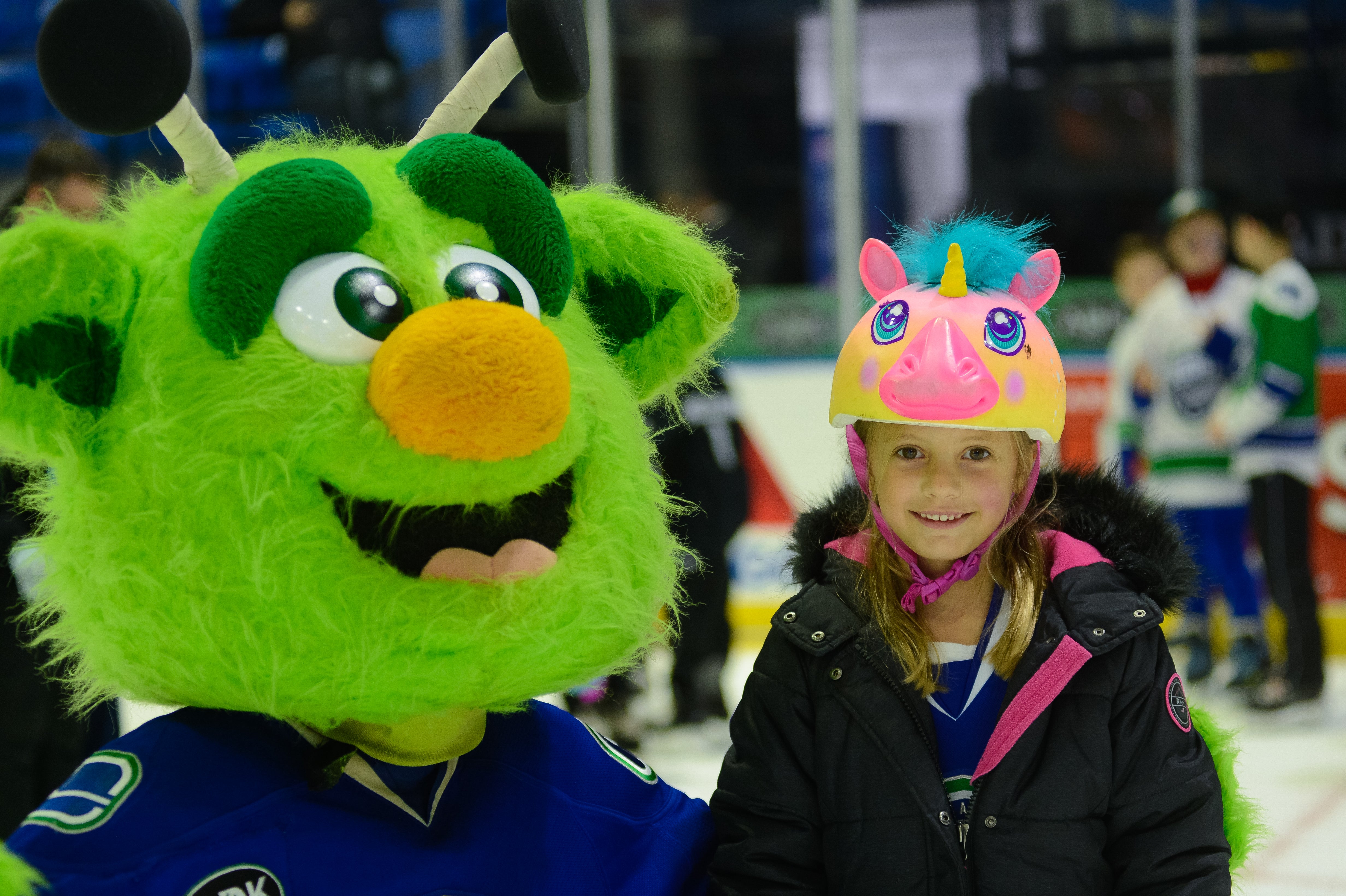 In early September of 2013, a mysterious egg was found in an old storage room at the Utica Memorial Auditorium. After the egg’s contents hatched and disappeared amidst the city’s surroundings, authorities were called in to investigate the mystifying creature. After snacking at local restaurants, swimming through the Erie Canal and wreaking havoc on college campuses, authorities have identified the curious creature as Audie, the mascot of the Utica Comets.

Hailing from exoplanet HD 189733b, a deep blue gas planet 63 light years away from our planet Earth, Audie unexplainably appeared in Utica, New York, which he now calls his home. Audie can be found skipping, hopping and skating through The AUD at lightening speeds, patrolling the ice for unwanted extraterrestrials and building spaceships out of broken hockey sticks. Audie’s home planet reaches daily temperatures of 2,000 degrees Fahrenheit, so he welcomes the cold winters of Utica, NY, and likes skating across the ice as often as possible.

In his spare time, Audie enjoys searching for his brothers and sisters at the Utica Zoo, messing with The AUD light system to create shooting stars, watching E.T., Buzz Lightyear and reruns of Elf, time traveling and stealing chicken riggies from Aqua Vino.

Audie enjoys spending the off season by visiting all sorts of events in the Mohawk Valley! To invite Audie to an event, in the area please click HERE to fill out the appearance request form.