A DISTRICT FOR U: AMERICAN CRAFT BEER AND INNOVATION CENTER

The history of beer in Utica is a rich one, dating back to the 1800s. Oneida County Executive Anthony J. Picente Jr. is looking to bring history to the present and carry it through the future with the American Craft Beer Museum and Innovation Center. 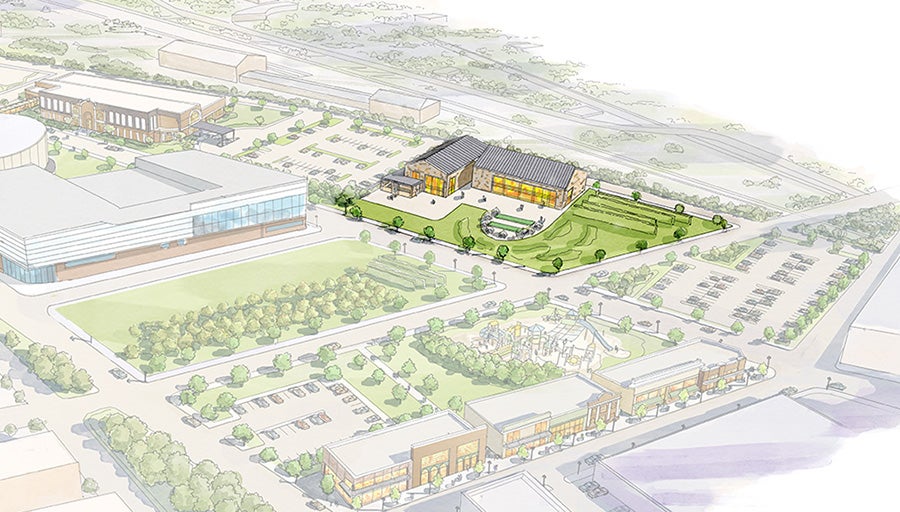 Unveiled on May 16 by Picente, along with Mohawk Valley Garden CEO Robert Esche, The U District encompasses the area beginning at The AUD and stretching East to Bagg’s Square and contains concepts for an American Craft Beer Museum and Innovation Center, Utica Commons Casino, Nexus Center and more. The core goal of The U District is to connect rising local businesses and attractions to create a walkable, modern and plentiful region of growth.

With the number of breweries in New York State exploding from 95 in 2012 to 320 in 2016, and production increasing by 26% during that time, New York has established itself as a major national player in the industry. In fact, New York was the fifth largest beer producing state behind California, Pennsylvania, Colorado and Oregon in 2016, and its craft beer industry is currently ranked fourth in the country with an economic impact of $4 billion. Included in those breweries are Oneida County’s own F.X. Matt Brewing Co. in Utica, Woodland Farm Brewery in Marcy, Copper City Brewing Company in Rome and 16 Stone Brewpub in Holland Patent. This makes it easy to see that brewing has become a large facet of local entrepreneurship that deserves a platform for exposure.

The proposed American Craft Beer Museum and Innovation Center will span over 100,000 square feet of building and outdoor space and feature an Exhibition Hall, an Innovation Center and Incubator, an Artisan Marketplace, a Beer Garden and more. The space has a projected 500,000 annual visitors and the potential to create over 200 jobs, both of which add to the core goal of increasing foot traffic in downtown Utica while maximizing employment. 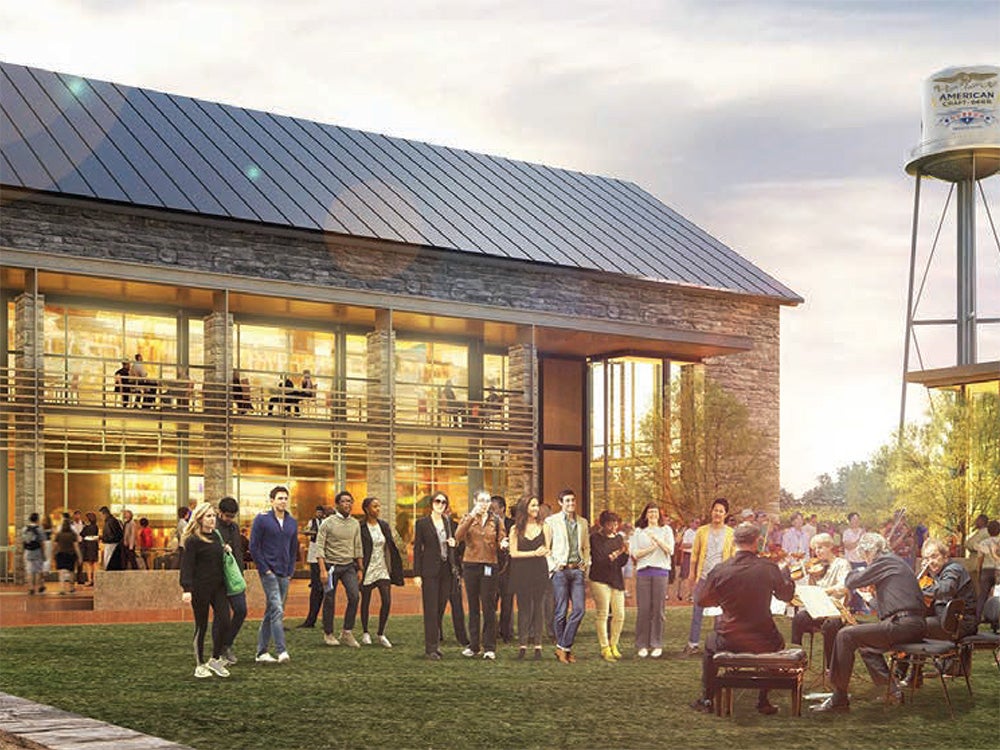 The museum portion of the facility will feature interchangeable and interactive exhibits on every topic relating to craft brewing; including tastings, demonstrations and nano-brewing on site. The outdoor Beer Garden will be the ideal green space for private events or to enjoy a cold beer after work with your peers. The Innovation Center will be committed to the growth of start-ups in the craft beer, spirits and related industries.

In the U.S. alone, there exists over 35,000 museums covering an array of topics – but none for craft beer. With the average adult consuming 28.2 gallons of beer annually, it is an industry that is not only relevant to the country, but also to Oneida County. The proposed Craft Beer Museum and Innovation Center would directly correlate to the F.X. Matt Brewing Company, located less than a mile from The U District. The brewery, which was established in 1888, is well known for being the first to sell a beer after the end of Prohibition — it’s popular Utica Club pilsner —  as well as for its extensive tours of its facility.

The museum will highlight the history of F.X. Matt, as well as other local microbreweries and brew pubs, while also educating locals and visitors on the complex processes regarding the brewing of craft beers. Adding the museum to Utica will merely enhance the traffic through F.X. Matt, as it will be a natural progression for patrons to visit both facilities. The museum element of The U District will promote entrepreneurship and innovation and tie into the foot traffic from The Nexus Center, the Utica Commons Casino and the existing traffic from the Utica Memorial Auditorium.

“Nothing links sports and entertainment together quite as well as beer, and this is a great opportunity to showcase the intricacies of a rising industry while experiencing all Utica has to offer,” said Robert Esche.

While a craft beer museum would be a first for the nation, it seems fitting that it would exist in Utica – not only in the former hops Capitol of America, but also a city experiencing a tangible resurgence.  Placing the museum in The U District creates linkage between Bagg’s Square East and West and the Arts, Sports and Entertainment District, ultimately creating a walkable epicenter. The museum will act as another catalyst in driving the critical masses and emphasizing the principal goals of The U District.

Stay tuned for next week's article featuring the casino, as well as future articles about the construction occuring at The AUD.