A MEMORABLE EXPERIENCE FOR SYRACUSE STARS IN QUEBEC CITY

Earlier this month, the Syracuse Stars team, including many Jr. Comets players, represented Central New York at the Quebec International Peewee Tournament in Quebec City. And for the 12-year-old players, it was an experience they will surely never forget. 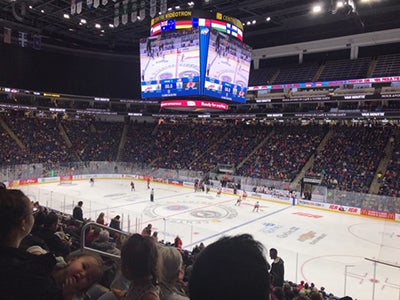 After the seven-hour drive up to Quebec on February 9, the Stars held their first exhibition game before preparing for their first tournament game at the Videotron Center against the Nord-Ouest Pionniers, which proved to be memorable with over 10,000 fans in attendance. While there was undeniably a sense of initial shock, the players welcomed the energy from the crowd and the overall learning experience – an experience that will help to shape and mold them for future development.

“It was a once in a lifetime experience,” said player Rowan Gall. “It was pretty amazing to compete against players from all over the world and to exchange pins and talk to them during the tournament. The Stars came together as a team quickly and showed a lot of success.”

Throughout the remainder of the tournament, the Stars played both tournament and exhibition games – 9 games in 7 days – coming out victorious over international opponents Japan Select (1-0), Slovakia K&B Stars (4-2), and Zurich (5-2). The Stars fought their way to the Quarterfinals, where they fell to the Chicoutimi Saguenéens, the team that would go on to win the entire tournament two days later, by a score of 4-1.

In a worldwide and world-renowned tournament with over 100 participating teams, the Stars performed above and beyond all expectation. Many of the teams in the tournament spent the entire season playing together, while the Stars, a regional team, only held a couple of practices together at the Adirondack Bank Center before heading up north to Quebec City. 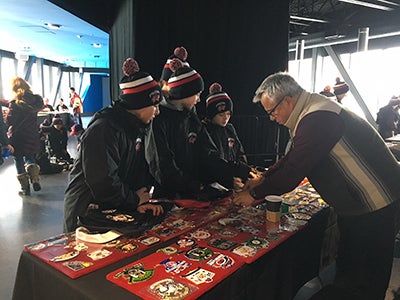 The week spent in Quebec also entailed more than just the games on the ice. Throughout their time there, the Stars players traded pins with the other participants, rode on toboggans, explored the Old Town and Citadel, and immersed themselves in the French-Canadian Culture and cuisine, all while forming bonds as players and friends. Coaches remarked on the development of the players throughout the week, both on and off the ice.

“This year’s event in Quebec was extra special for me, as I watched the ’05 birth year overcome so many adversities during the tournament and rise to the occasion,” said Comets President Robert Esche. “They had a genuine effort to win the whole thing, and as a coach, it was fulfilling to work with such a dedicated and coachable group who were not only hardworking but also skilled. The future for our area is very bright with these players.” 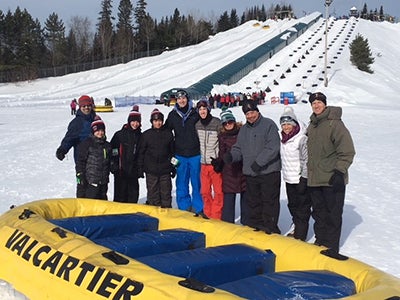 This was the second year that members of the Jr. Comets represented the Stars at the Quebec Peewee Tournament; and despite the tournament ending only a couple of days ago, the Jr. Comets are already looking forward to furthering the partnership with the Syracuse Stars, especially at such an elite tournament. The Comets are grateful to the Stars for allowing them to administer the team and the tournament, and for the partnership as a whole.