A half a century ago, the 1967-68 Clinton Comets proved to be one of the most elite teams ever compiled in sports.

This past weekend, eight members from the unstoppable 67-68 Comets reunited under the cables of The AUD for a commemorative banner raising that celebrated the team that amassed a record of 57-5-10. 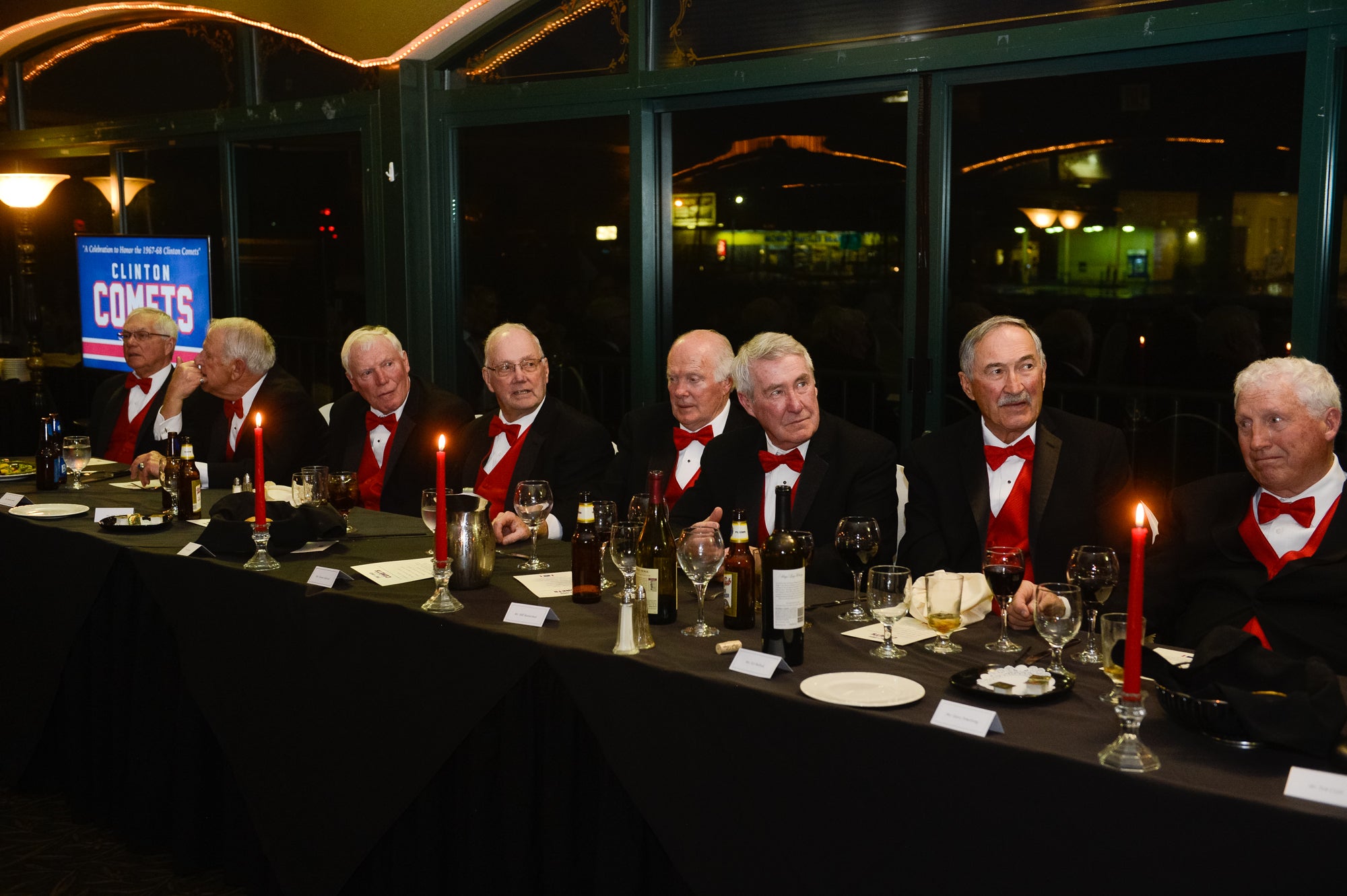 The reunion began at the end of last week, when out-of-town Clinton Comet players Ed Babiuk, Bill Bannerman, Howie Dietrich and Pat Kelly traveled into Utica and linked up with local Clinton Comets Dave Armstrong, Jack Kane, Pierre Prevost and Bordie Smith. Friday night kicked off the celebration, with a formal dinner at Aqua Vino, emceed by Utica Comets PA Announcer Tom Coyne. The dinner, featuring family, friends and those touched by the legacy of the Clinton Comets, consisted of a documentary with personal interviews, speeches from attendees and a banner reveal.

The next day, Clinton Comets players and their families arrived at The AUD for a catered dinner and pin presentation, courtesy of Dr. Lavelle and Cunningham Jewelers, prior to the on-ice celebration that prefaced Saturday’s Utica Comets game against the Rochester Americans. The on-ice ceremony concluded with a dramatic banner reveal; a banner that showcases their unbeatable record coupled with the roster of Comets that banded together to change the future of hockey in the Mohawk Valley.

Each member of the Clinton Comets expressed their gratitude and humility throughout the weekend, as their impact on professional hockey was visible throughout both Aqua Vino and The AUD. 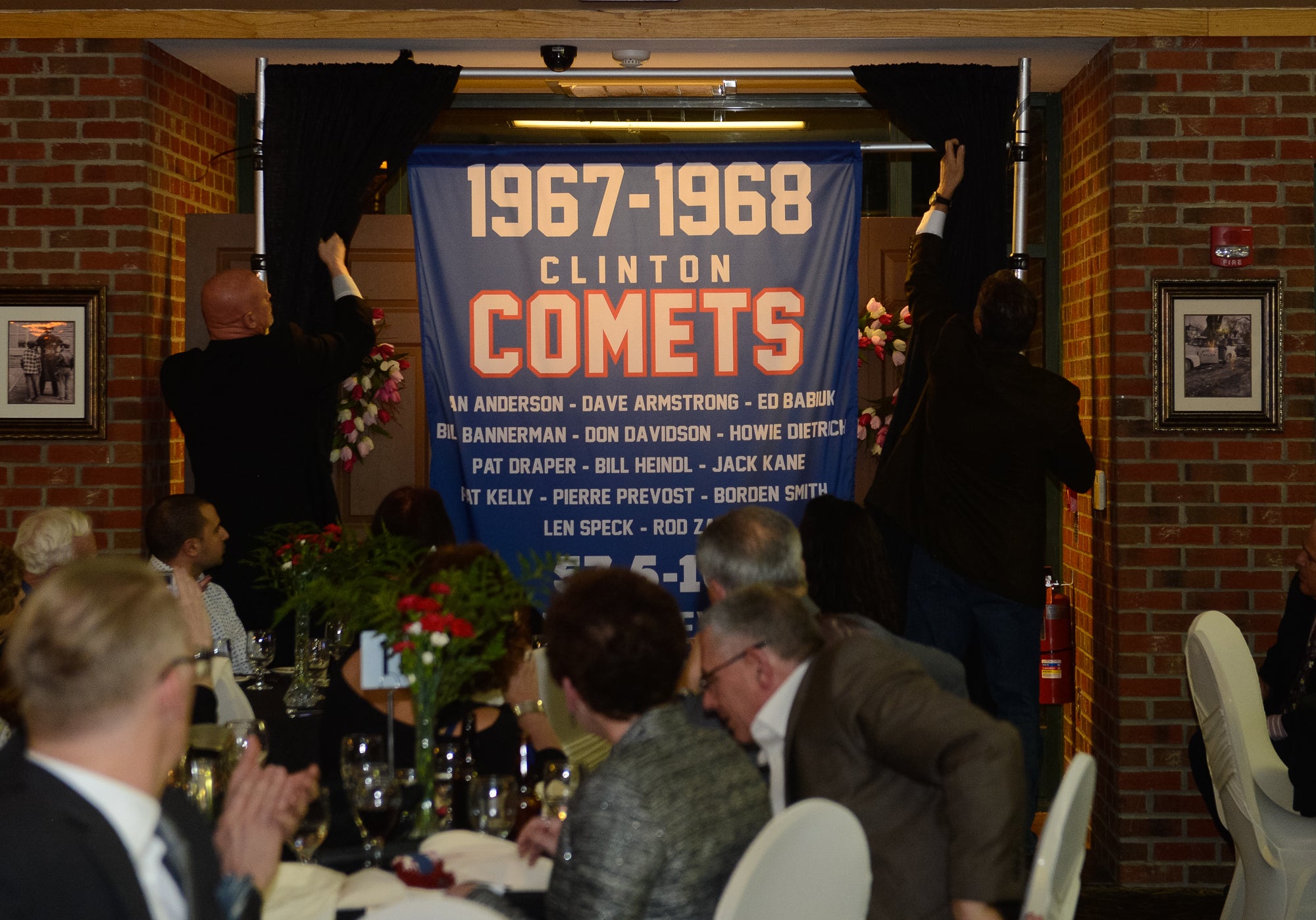 "We didn't think about it at the time of what we [Comets] were accomplishing,” said Bordie Smith at Friday’s dinner. “We were having too much fun.”

It was important for all eight members in attendance to touch on those who were no longer present. Don Davidson, Bill Heindl and, most recently, Ian Anderson, have all since passed away, but not without leaving their permanent mark on the Mohawk Valley and beyond.

"Without Ian, we would have never won three Cups in a row," Pat Kelly expressed on Friday, in front of members of Ian’s family.

Pat Draper and Rod Zaine, the additional two players from the 67-68 team, were unable to attend.

The weekend was made unforgettable through toasts, laughs and unearthed stories. “We reminisced so much on the past, which brings me to the present, and how if it wasn’t for the Clinton Comets, the foundation for the grassroots of hockey that we’re heading to in the future would simply not be the same,” Utica Comets President Robert Esche explained. “They didn’t necessarily know it at the time, but they were a lot more than just players on the ice. They were and still are ambassadors for the sport, and people who I will forever give credit to what we continue to build on in Utica.”

With the Clinton Comets banner now hanging from the ceiling of The AUD, it is certain that their presence in the building will be felt more than ever. Whether they live across the continent, in a different country, or right here in Utica, the 1967-68 Clinton Comets are perhaps the best representation of our city – resilient, brimming with history and, most importantly, to never be forgotten. 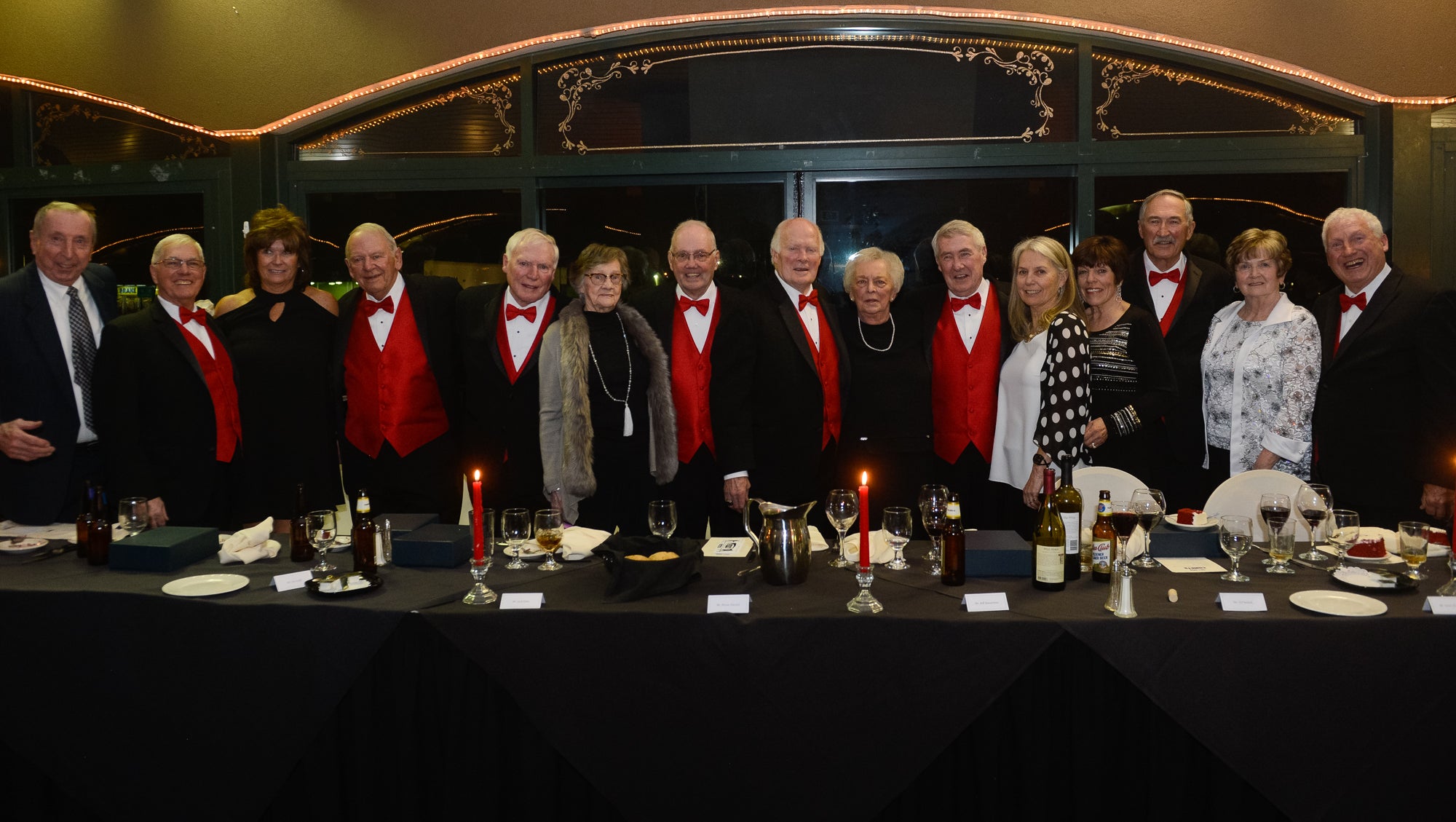