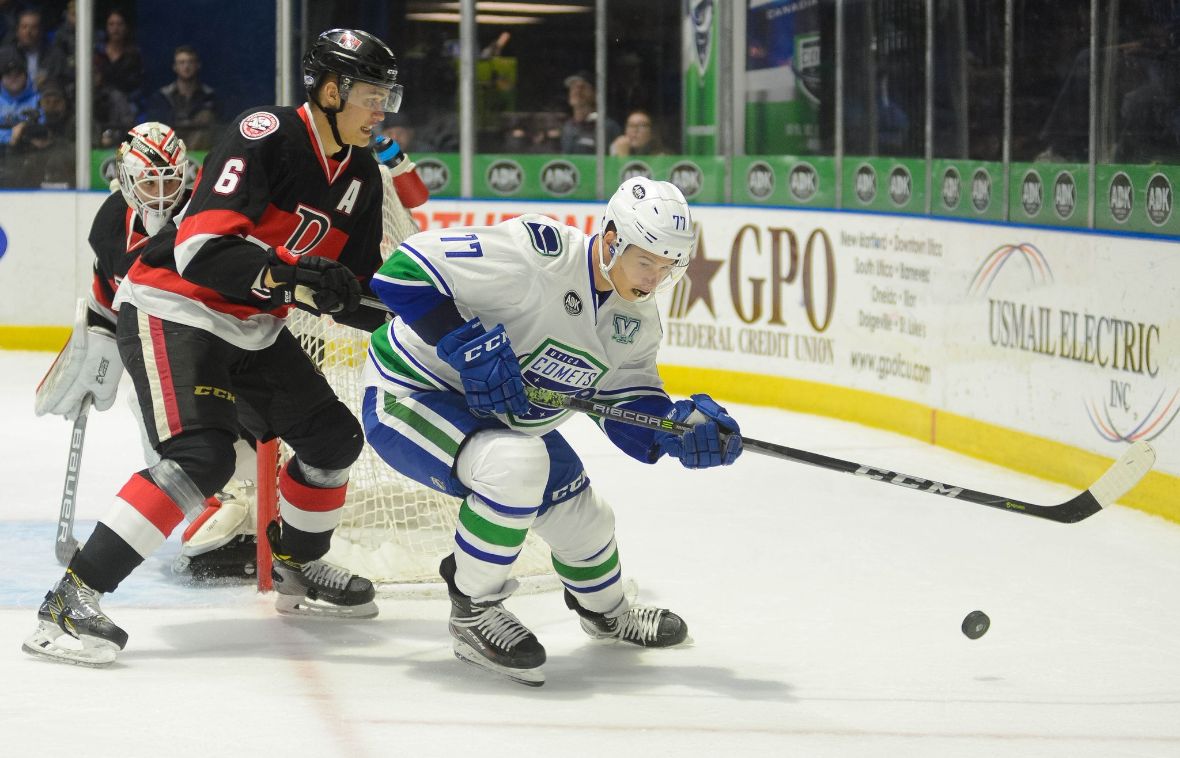 The Moscow, Russia native has appeared in 136 career AHL games with Utica, the San Jose Barracuda and the Worcester Sharks recording 113 points (50-63-113). He was originally drafted 27th overall in the 2014 NHL Entry Draft by San Jose.

On the international stage, Goldobin represented Russia at the 2015 World Junior Championships, earning a silver medal.

The 5'11", 199-pound forward was acquired by the Canucks, alongside a conditional fourth round selection in the 2017 NHL Entry Draft, in a trade with San Jose for Jannik Hansen on February 28, 2017.

The 2018 AHL All-Star Classic will be hosted at the newly renovated Adirondack Bank Center at the Utica Memorial Auditorium. The two-day event includes the AHL All-Star Skills Competition on Sunday, January 28, followed by the AHL Hall of Fame Induction and Awards Ceremony on Monday, January 29 and the 2018 AHL All-Star Challenge later that evening. The Skills Competition and the All-Star Challenge will take place in downtown Utica; all other events during the All-Star Classic will take place at Turning Stone Resort Casino in Verona, New York. For tickets to the two-day event, visit empirestatetix.com.