CIANFROCCO NAMED CEO OF SAVE OF THE DAY FOUNDATION, SPEARHEADING GROWTH FOR FOUNDATION’S 15TH ANNIVERSARY

Earlier today, the Comets announced Colleen Cianfrocco as the new CEO of the Save of the Day Foundation. The announcement comes in the thick of the Foundation’s 15th Anniversary, and kicks off an upcoming period of growth and development for Save of the Day.

A native of Pittsburgh, Cianfrocco has been in the Utica area most of her adult life, devoting over 25 years to development and philanthropy for non-for-profit organizations in Central New York. Cianfrocco was previously the Vice President of Development for Upstate Cerebral Palsy, and has also worked as the Executive Director of the Rome Hospital Foundation and as the Director of Development with Crouse Health Foundation. Most recently, Cianfrocco spent her time consulting with various non-for-profits in the Utica area.

“This is an exciting opportunity and I am honored to be working with such talented people,” said Cianfrocco. “Save of the Day has already touched thousands of lives, with a goal of engaging in change to make this community even better”

“We’re extremely fortunate to bring on somebody with the experience level of Colleen to lead Save of the Day’s team,” said Robert Esche. “Our elevated goals for the future will require experience and acumen that Colleen possesses.”

The appointment of Cianfrocco as CEO brings added structure and knowledge to the Save of the Day Foundation. With Director Janice Martino already in place, and assistance from Comets Community Relations Manager Chelsa Adams, the Foundation’s fundamental values and future could not be in better hands. 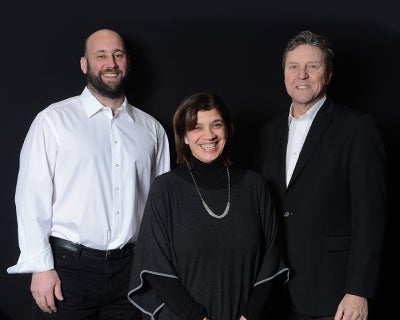 While the day-to-day staff of Save of the Day has become more robust, the board remains the same. Robert Esche, Founder and Chairman, began Save of the Day back in 2003 with the help of longtime friends Kevin Lojewski (President) and Alicia Dicks (Secretary). The trifecta remains heavily involved in the future planning and development of Save of the Day, in addition to the partnership between the Foundation and the Utica Comets.

As the 2017 calendar year comes to an end, and Save of the Day prepares for 2018, the core initiatives of the Foundation have not changed; Save of the Day has, however, aligned the cards to increase its overall impact throughout the Mohawk Valley and beyond. With 15 years under its belt, the Foundation has continued to grow at an exponential rate, and now has the manpower to elevate said growth.