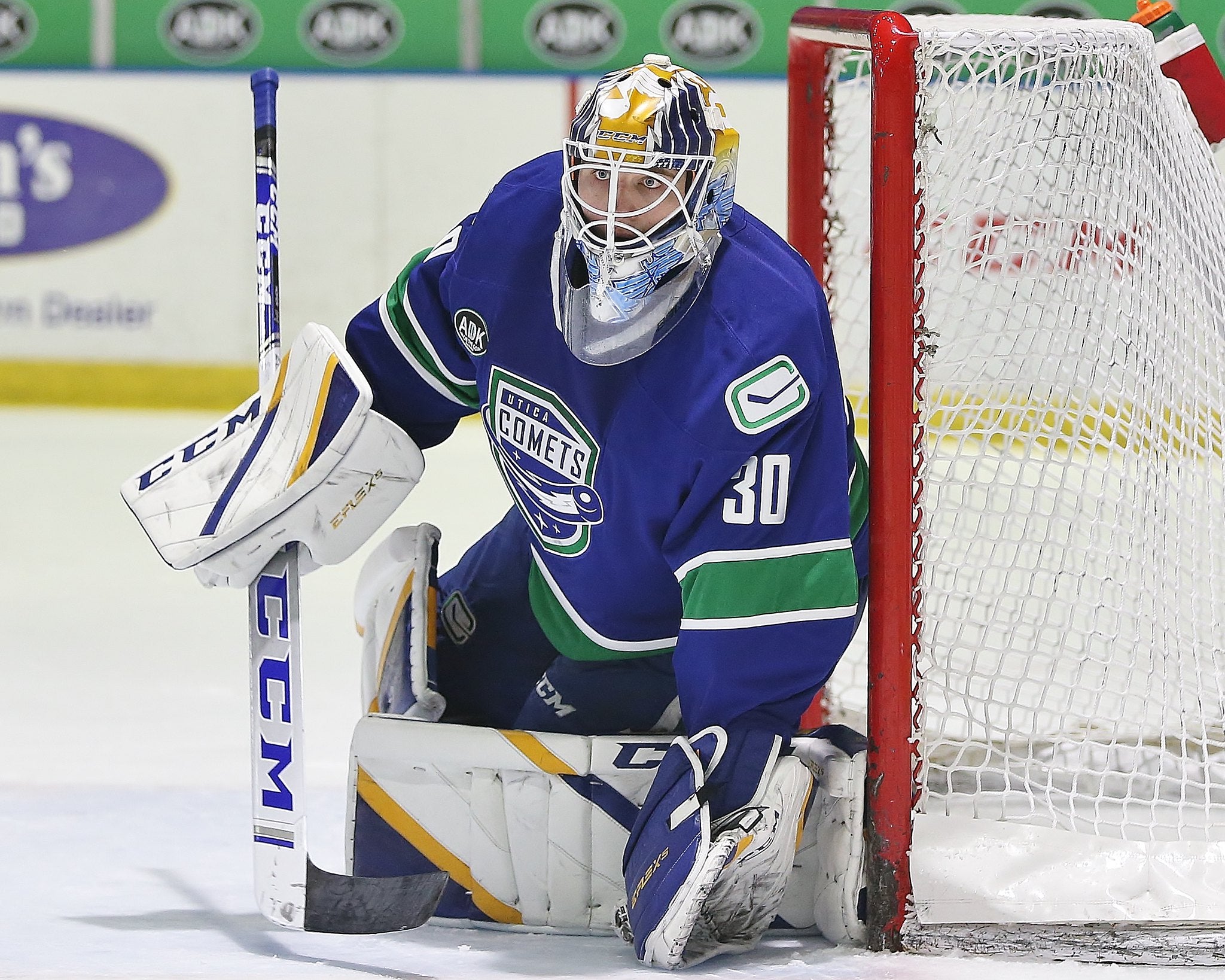 Utica, NY – Coming off a loss on Saturday after facing off against Syracuse, the Comets and Crunch were back at inside the Adirondack Bank Center on Tuesday night. The first period was a battle of the special teams with the Comets killing off five penalties and the Crunch killing off two. The lone tally of the frame came off the stick of Taylor Raddysh a short-handed goal with an assist from Boris Katchouk. The period came to its conclusion with the Comets trailing 1-0. The comets were out-shot 13 – 9 with Comets netminder Joel Hofer coming up with some key saves on the penalty kills.

The special teams continued in the second period, this time with the Comets getting the advantage with Syracuse being whistled for five penalties during the period. For the third game in a row, the Comets found themselves on a two-man advantage. Unable to convert on the two-man advantage, the comets kept pressure on and two seconds after the power play expired it was Curtis McKenzie finding the back of the net to even the score at 1-1 with assists coming from Jack Rathbone and Nolan Stevens. The Comets would then take a 2 – 1 lead with a power-play goal from Jonah Gadjovich with assist from Sam Anas and Mitch Reinke.

The third period opened was all Comets. Gadjovich extended the Comets lead to two goals when he scored his second of the game with assist coming from Anas and Reinke. Exactly two minutes later, Sven Bartschi scored his first goal of the season right off the faceoff win by Lucas Jasek. Reinke extended the Comets lead by five with his first of the season, assisted by Bärtschi and Jasek. Hofer would secure the win in net and pick up his first pro career win with a 24 save effort. The teams will be back at it again tomorrow night with a 7:00 PM puck drop.