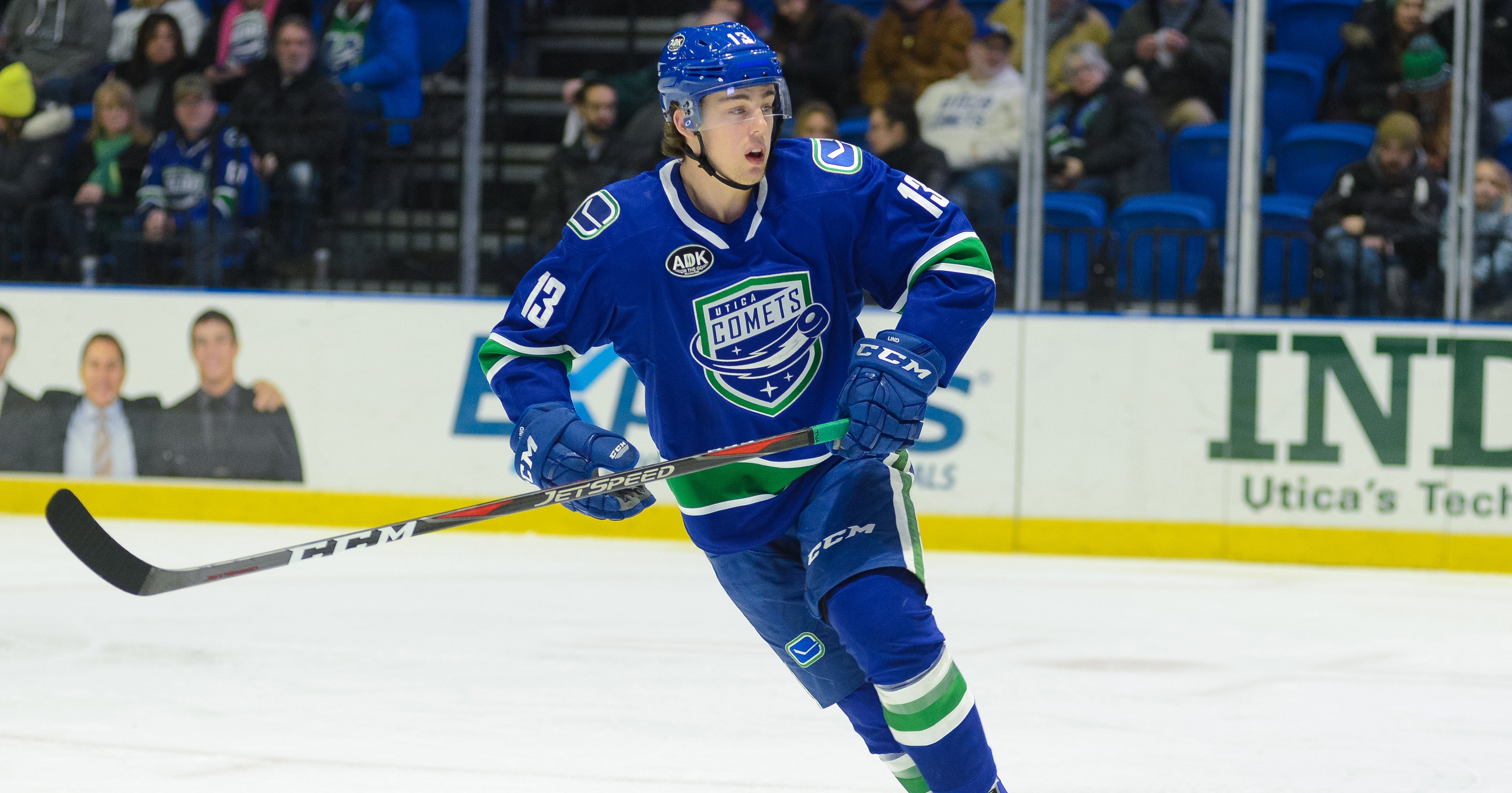 Tonight’s Game: The Utica Comets take on the Wilkes-Barre/Scranton Penguins for the first time this season. Puck drop is at 7:05 p.m.

Head-to-Head: This is the first meeting between the Comets and Penguins this season. Utica took last year’s season series, winning both games. The Comets are 4-3-1-0 in the last five years against the Penguins.

Scouting the Penguins: Wilkes-Barre/Scranton comes in with a record of 24-21-4-2 and sits in sixth place in the Atlantic Division. They most recently fell to the Hershey Bears 4-2 in a shootout Wednesday night. Ethan Prow leads the active roster with 38 points, followed by Joseph Blandisi with 32 points. Tristan Jarry is the top netminder with a record of 15-9-4, a 2.75 goals-against average, and .912 save percentage.

Streaking: The Comets have been rolling so far in February. Utica is riding a five-game point streak heading into tonight. Additionally, the Comets have recorded at least a point in nine straight games against teams from the Atlantic Division. Utica is 4-1-1-0 overall in February so far.

Blue Line Offense: Evan McEneny has stepped up his offensive game. McEneny is on a three-game point streak and has picked up four points (2-2-4) in his last five games. McEneny is having a career season, tallying 27 points (8-19-27) in 50 games this year.

Catching Fire: Jonathan Dahlen is heating up on offense. Dahlen is on a five-game point streak, collecting six points (3-3-6) during that span. The streak is also a career-high for him. The rookie forward has 28 points (14-14-28) in 48 games this season.

Next Game: The Comets are back at it tomorrow night as they host the Cleveland Monsters. Puck drop is at 5 p.m. Fans are encouraged to use the ticket exchange site, StubHub!. The game can be heard on 94.9 KROCK and viewed on AHL TV.