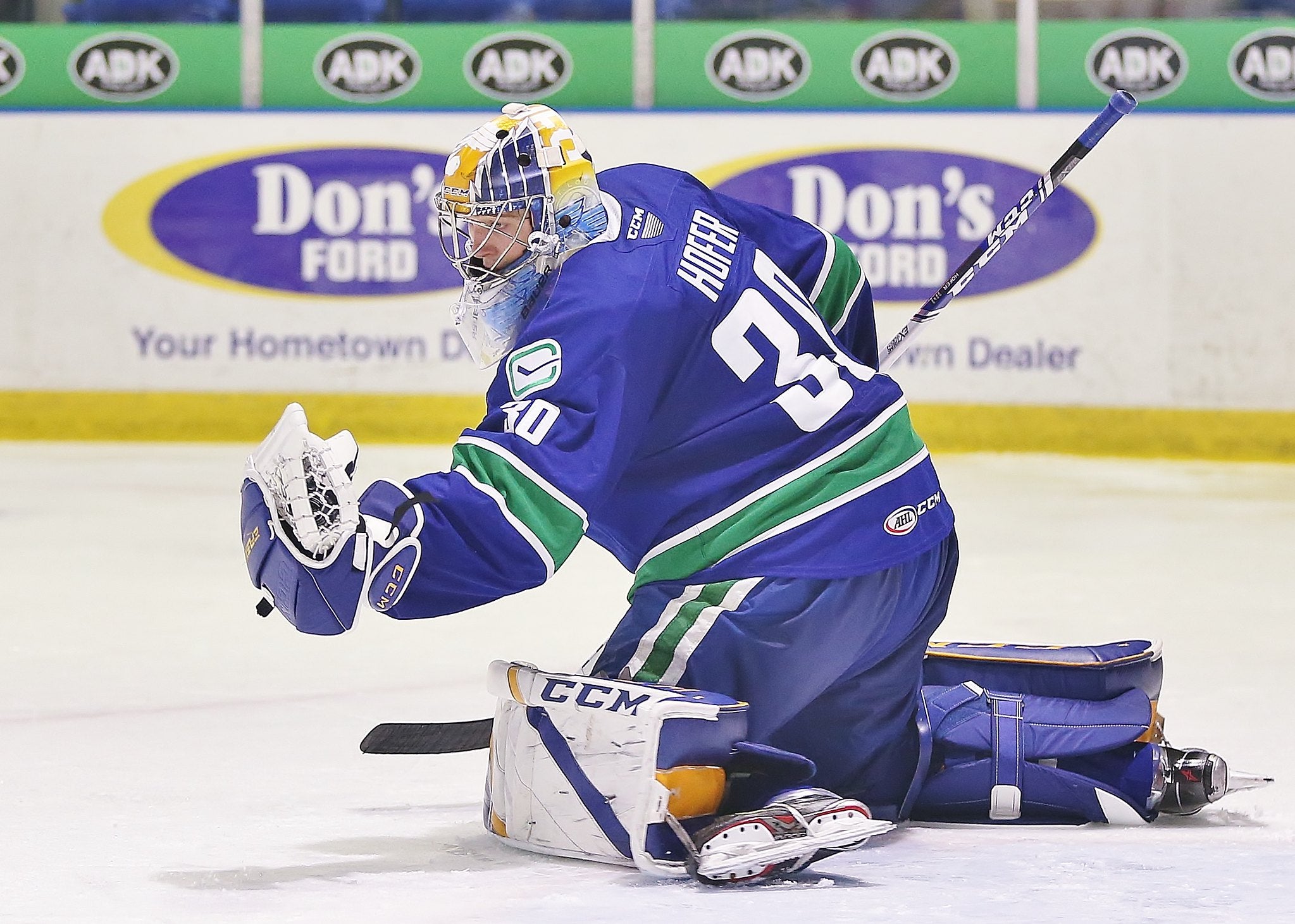 COMETS RETURN TO WINNING WAYS ON THE BACK OF HOFER

Utica, NY – Comets netminder Joel Hofer turned in a spectacular performance to earn his first professional shoutout and lead the Comets to a 3-0 win over the Binghamton Devils.

The Binghamton Devils outshot the Utica Comets 12-3, setting up a highlight reel first period for the Comets goalie. Hofer turned away all 12 shots he faced and helped the Comets kill six-minutes’ worth of penalties.

The Comets tested Devils netminder Mareks Mitens with multiple quality scoring chances early in the second but couldn’t sneak one by Mitens. With 15:51 left in the second, the Devils looked to have tallied the game’s first goal. Just moments later the goal was called back when the officials deemed there was goaltender interference on the play. The Devils continued to test Hofer bur the Comets goaltender was up to the task as he turned away multiple quality scoring chances. The game would finally see its first goal with 2:28 remaining the second, when Tanner Kaspick came flying down the right wall and rifled a shot over the shoulder of Mitens. The goal resulted in the first professional point of forward Ethan Keppan.

The Comets would tally their second goal after Mitch Reinke blasted one past Mitens with 11:12 in the game. Just three minutes later, while on the penalty kill, it was the Comets who found the back-of-the net when Reinke lifted flipped a pass down the ice and on to the stick of Will Lockwood who would finish it off for his professional goal. Utica found itself on several penalty kills the remainder of the game, but Hofer stood tall turning away shot after shot.

Hofer ended his night with 40 saves and earned the win in net and Reinke tallied two points on the night. The Comets return to action on Friday, April 23 as they hit the road to take on the Rochester Americans.