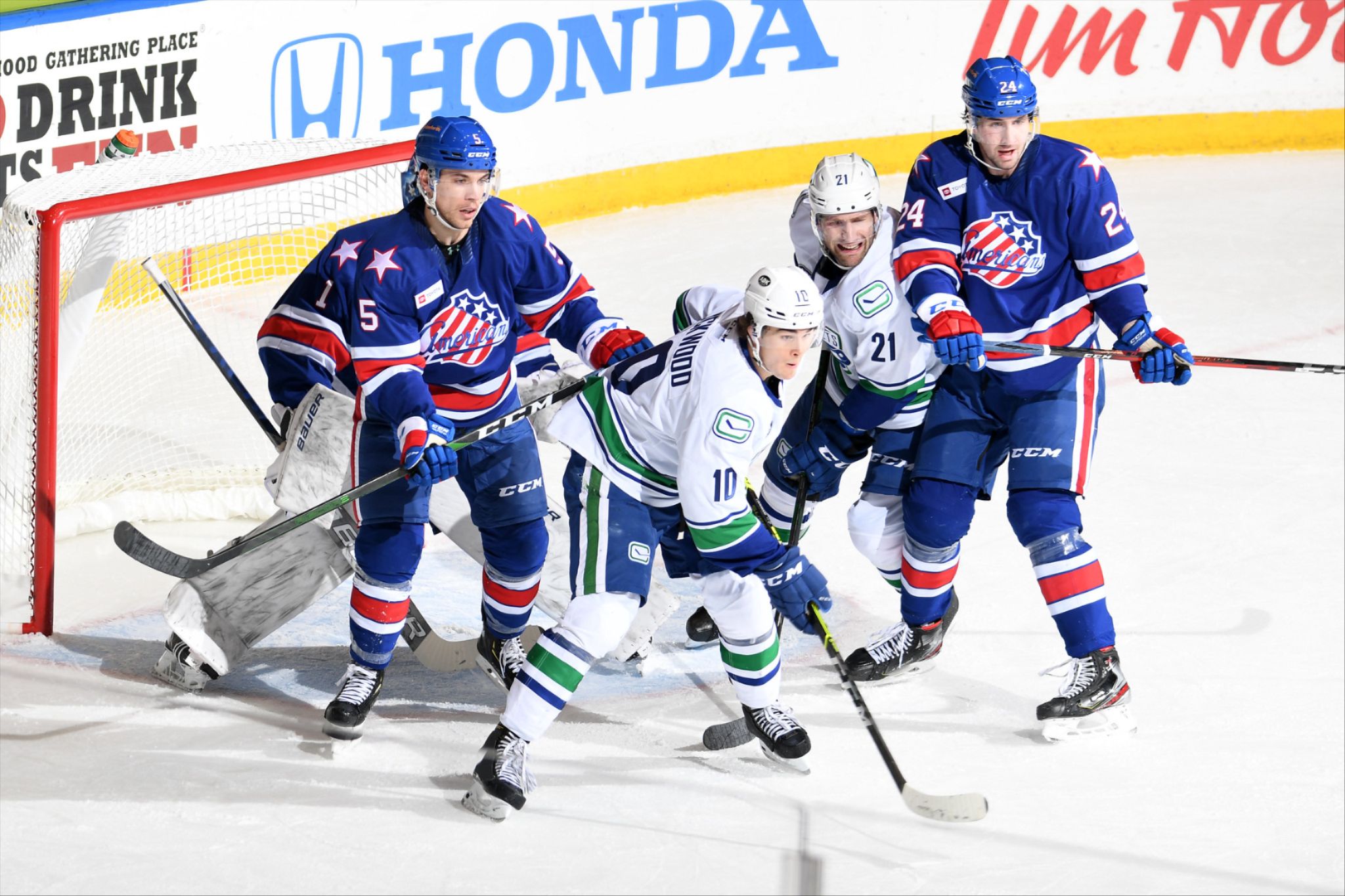 Rochester, N.Y. – Though the Utica Comets took the lead early in the contest, they were unable to hold the lead and the Rochester Americans skated away with a 4-2 victory tonight at the Blue Cross Arena in Rochester, NY.

Less than one minute into the opening period, Will Lockwood’s shot was stopped by Rochester Ukko-Pekka Luukkonen but the rebound rested in the crease for the crashing Jonah Gadjovich who netted the games opening goal just 59 seconds into the contest. Rochester answered back after a faceoff win in the Comets zone was won to defenseman Casey Fitzgerald who rifled a shot past Comets goalie John Gillies through a screen tying the game at 17:47.

While the Comets started the second period on the man advantage it was Rochester who took the opportunity off the opening faceoff. Fitzgerald drove the puck down the right wing side and rolled the puck just through the pads of Gillies to give Rochester a 2-1 lead only nine seconds into the middle frame. Rochester extended their lead to 3-1 after Brett Murray pounced on a loose puck and scored his third goal of the season at 15:07.

In the third period, while on a two-man advantage, Jack Rathbone blistered a one-timer in at 12:37 bringing Comets within one. It was Rathbone’s first professional goal and fifth point in three games played. With a late power-play, the Comets couldn’t connect and Arrtu Ruotsalainen put home an empty net goal in the final 36 seconds of the contest. The Comets went one for seven on the power play while the Americans were scoreless on two opportunities. Utica outshot Rochester 33 to 23. These two teams will meet again in Utica one week from tonight at the Adirondack Bank Center.