Copper is the metal often gifted for the seventh year of something, or a seventh anniversary. With the Utica Comets partway through their 7th season, the organization would like to present to its fans the Copper 7 Series Capsule Collection – a limited edition collection and campaign that pays homage to the City of Utica and a seven-year history of the most passionate, loyal fans in the American Hockey League who have embraced the Comets since inception.

At the heart of the Copper 7 Series Collection is a new logo, designed by VP of Creative Services Eric Kowiatek, inspired by a retro take on the Comets and the Adirondack Bank Center. The logo, represented on three apparel items, the hat, the patch and the Christmas ornament, represents at its core Utica’s unwavering civic pride. Each of the seven tails coming off of the Comet represents a year of the Comets since 2013. The other graphics in the collection are all inspired by that one Copper 7 Series logo.

Seven years have come and gone, but the future has never looked brighter for the Comets and the City of Utica. The Comets look forward to many more capsule collections in the future, and for their fans to embrace this unique outlook on a team that served as a lightning rod of inspiration and passion for an entire City. 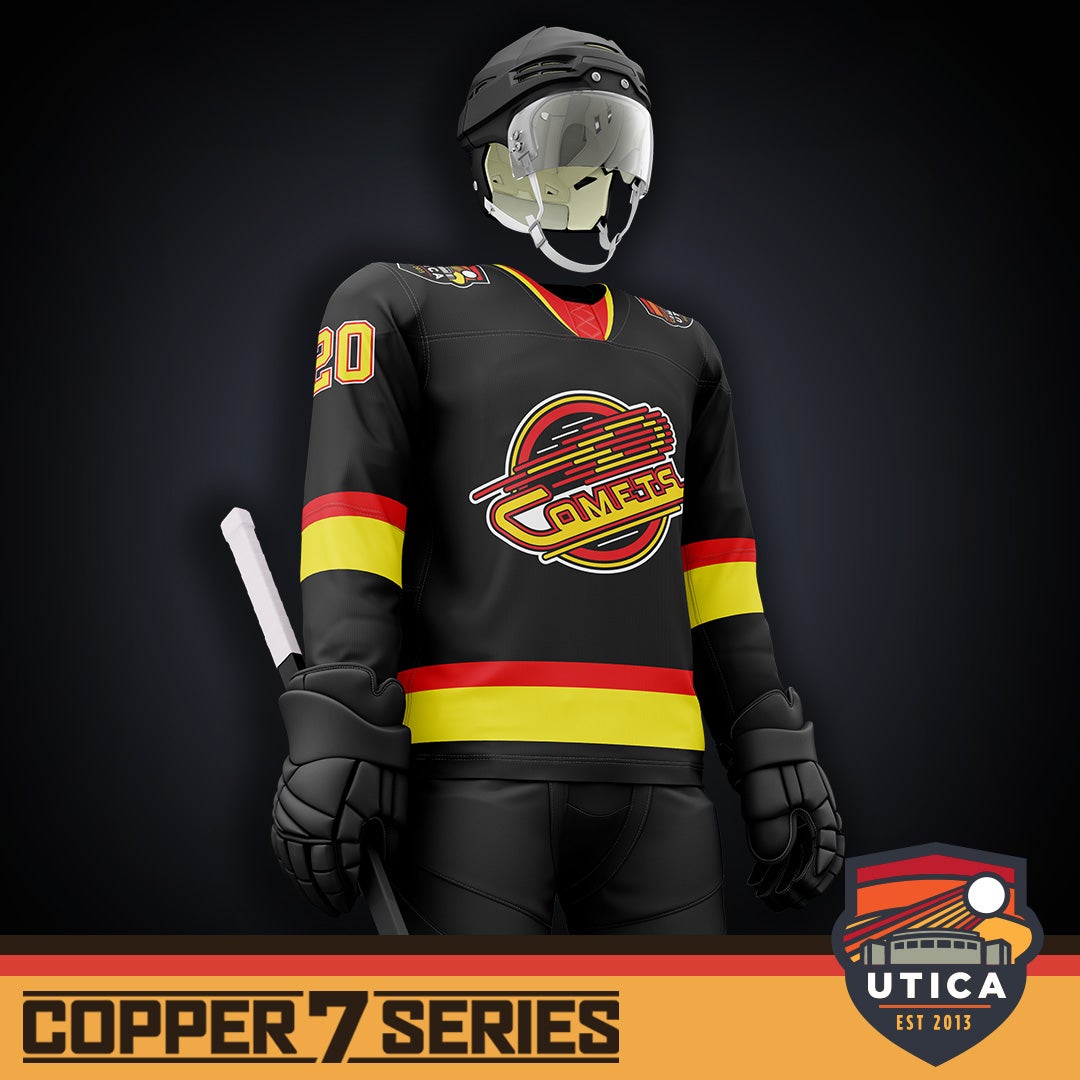 On Leap Day 2020, leap back into time with us as we unveil our Copper 7 Series Collection retro jersey. In honor of the Canucks’ storybook 50th season celebration and the seventh season of the Comets, VP of Creative Services Eric Kowiatek has meshed together a design that not only pays homage to the Canucks’ black jersey, but also the seventh anniversary of the Comets.  The team will don these specialty jerseys for just two games – February 29 and March 11. The jerseys will be auctioned multiple ways following the game on March 11, with the proceeds benefitting the Save of the Day Foundation. 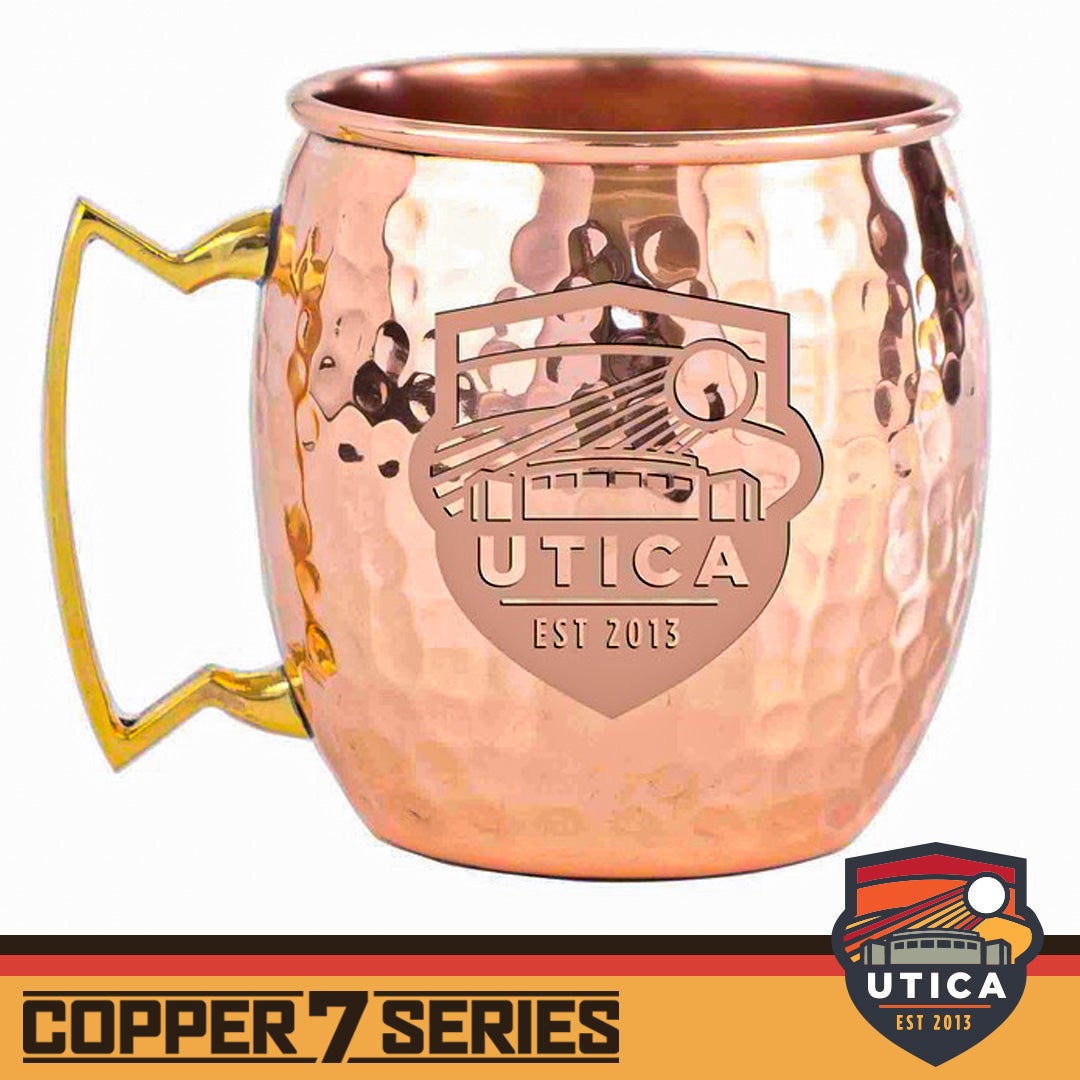 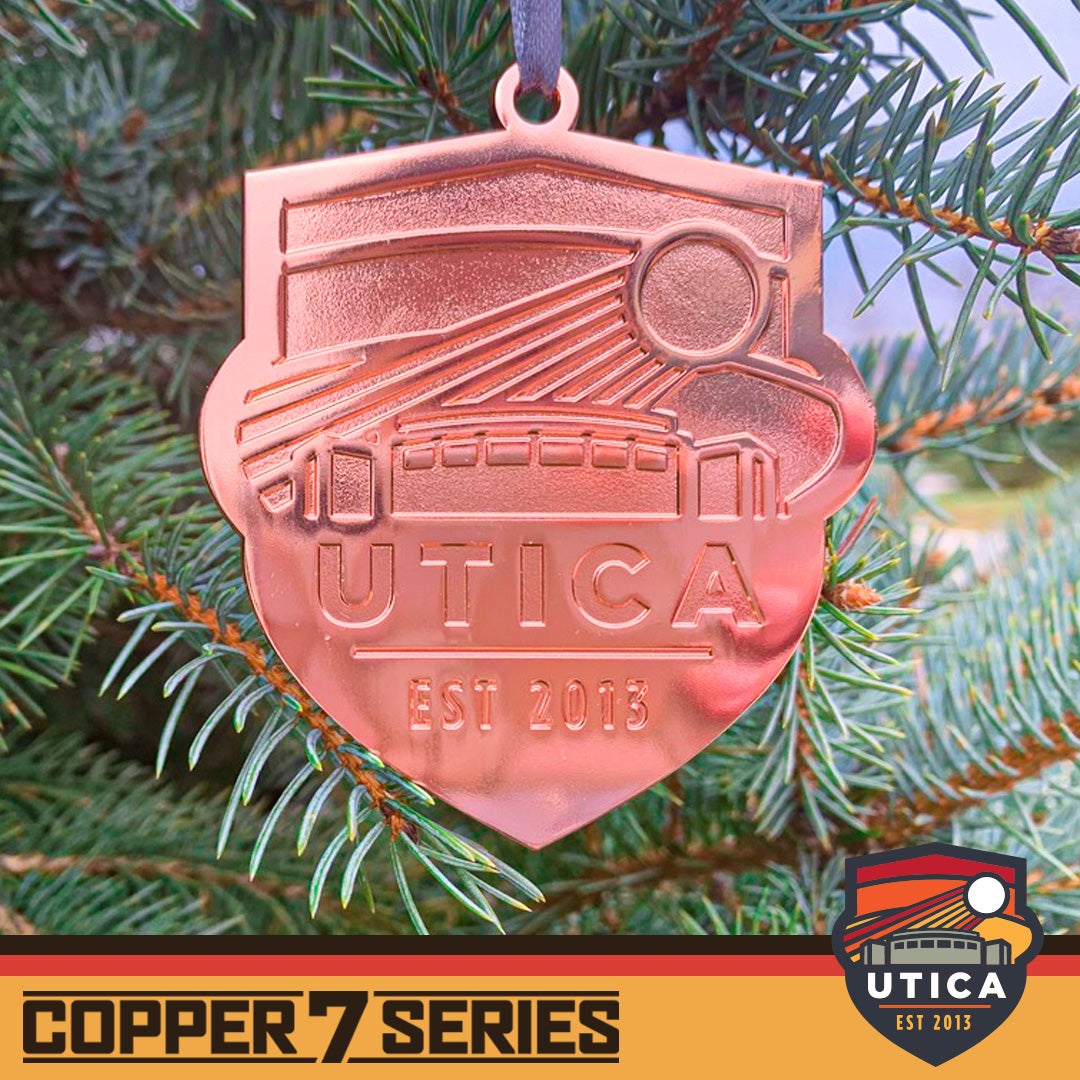 A limited-edition apparel line for the Copper 7 Series Collection features seven curated apparel items, one hat, a patch and a Christmas ornament, all available for purchase at the AdPro Team Store. The Christmas ornament will be available for purchase beginning on November 27, with the rest of the collection to follow in the coming weeks. The apparel items all connect to one another via a copper color scheme, as well as a small variation of retro logos that offer fans a new way to represent Utica’s team. In order to keep the pieces exclusive and one-of-a-kind, quantities were kept to a minimum.

Be on the lookout for more Copper 7 Series Announcements in the future!