Hosted by the Utica Comets, this year’s showcase from the historic Adirondack Bank Center at the Utica Memorial Auditorium – with the 2018 AHL All-Star Skills Competition set for Sunday (8 p.m. ET) and the 2018 AHL All-Star Challenge to follow on Monday (7 p.m. ET) – will be produced by Concom, Inc., and will be televised to national audiences on NHL Network in the United States and Sportsnet across Canada. 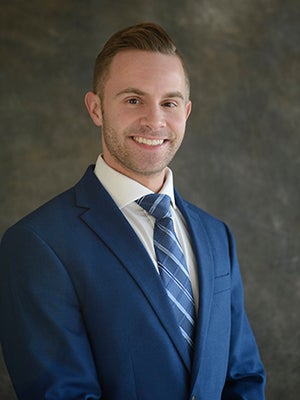 In addition, SiriusXM NHL Network Radio (channel 91) will air Monday night’s All-Star Challenge with Andy Zilch of the Utica Comets, Alan Fuehring of the Bridgeport Sound Tigers and Mike O’Brien of the Wilkes-Barre/Scranton Penguins on the call. The game can also be heard locally on 94.9 KROCK.

And throughout the weekend, the American Hockey League will be taking fans behind the scenes of the 2018 AHL All-Star Classic on its social media platforms. Follow the AHL on Twitter (@TheAHL), Facebook (fb.com/TheAHL) and Instagram (@TheAHL) and use #AHLAllStar to be part of the conversation. Fans can also visit theahl.com/social to enter the 2018 AHL All-Star Sweepstakes for a chance to win an All-Star team-signed stick.

The 2018 AHL All-Star Skills Competition on Sunday will pit the All-Stars from the two Eastern Conference divisions against those from the two Western Conference divisions in seven skills events. In the 2018 AHL All-Star Challenge on Monday, the four teams will participate in a round-robin tournament featuring six games of 10 minutes each, played entirely at 3-on-3. The two teams with the best records at the end of the round-robin will face off for the championship, a six-minute game also played at 3-on-3.

A limited number of tickets are still available for the 2018 AHL All-Star Classic presented by Turning Stone Resort Casino. Event tickets are priced at $39, $49, $69, $89 and $99, and include admission to both the Skills Competition on Sunday, Jan. 28 (8 p.m. ET) and the All-Star Challenge on Monday, Jan. 29 (7 p.m. ET). To purchase event tickets, visit the Adirondack Bank Center box office or go online to www.empirestatetix.com.

In operation since 1936, the American Hockey League serves as the top development league for the players, coaches, managers, executives, broadcasters and staff of all 31 National Hockey League teams. More than 88 percent of today’s NHL players are American Hockey League graduates, and more than 100 honored members of the Hockey Hall of Fame spent time in the AHL in their careers. In 2016-17, over 6 million fans attended AHL regular-season and playoff games across North America for the 16th year in a row.