Last night, the Adirondack Bank Center opened its doors for the Utica Comets fifth season home opener. Despite a shootout loss, the night was one of the more special ones to take place at The AUD, with an array of new amenities and game day events that tied together the start of hockey season with the 26,000-square foot West End Expansion. 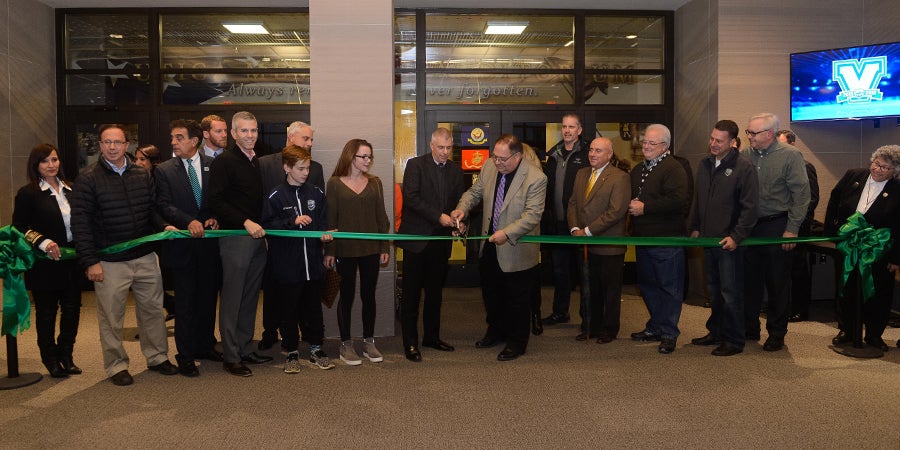 “You have to see it to believe it,” said Assemblyman Anthony Brindisi. “This is a project I strongly believed in from day one, and there are many who helped make it a reality. The best way to appreciate what has been accomplished is to come down and see the new Adirondack Bank Center for yourself. The AUD has been, and will continue to be a significant part of downtown Utica's growth and bright future, and these renovations will be a significant drawing card to the center city.”

“The ribbon cutting seamlessly tied together the work of those who are truly responsible for the success of the West End Expansion Project,” added Comets President Robert Esche. “Without the helping hands of the AUD Authority and elected officials, the project would never have been possible, especially to the level we were able to complete it at.” 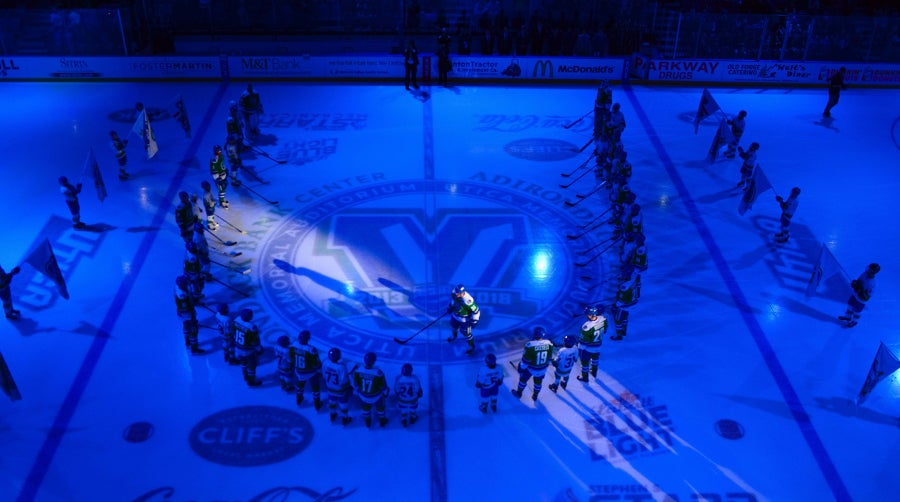 “I thought it was really impressive, seeing the renovations for the first time,” said Tim Fitzgerald, five-year season ticket member. “The suites look as good as what you might see in an NHL arena and the whole building had a good vibe. I think we have a quality team playing in a quality building. I’m excited to see how this team progresses. They’ve got some good talent and I think as they get familiar playing with each other they could be dangerous come playoffs.”

“Remember the anticipation of your childhood birthday or knowing Santa would arrive while you are sleeping?” proclaimed fan Cheryllyn Tallman. “You weren’t sure what to expect but there was always the hope of something new and exciting. That’s the experience of walking into the new and definitely improved Adirondack Bank Center. The changes were welcoming and the returning happy faces from all those that work there were a very welcome sight. Excitement and anticipation were certainly felt within the crowds of fans. From the familiar chanting of U-TI-CA to the sea of Comets gear roaming the halls, it was a stellar night all around.”

The pregame ceremony highlighted the past, present and future of Comets hockey with over 30 youth hockey skaters joining the Comets players on the ice forming a “U” around center ice. A special video tribute played throughout the arena, paying homage to the history of the Comets as flags streaked out from tunnels featuring various Comets logos.

Last night was also the first time that fans were able to enter through the AUD plaza, explore the renovated Labatt Blue Ticket Entrance, visit the women’s restrooms, and enjoy the new suite wing of The AUD, featuring six executive suites as well as Zuhaus, the loge seating area.

“I think the renovations to the outside of the building give it a clean modern look that makes a great impression and I like how open the outside plaza area is,” said Brett Vanderlan, a five-year Season Ticket Member. “Everything feels updated and fresh inside, especially the lobby. The suites look great and look as if they were always meant to be a part of the building.”

The outcome on the ice may not have ended in the Comets favor but the first night back home will be remembered by fans for years to come.