FOUNDATION WEEK AND GALA RAISE OVER $200,000 FOR THE SAVE OF THE DAY FOUNDATION 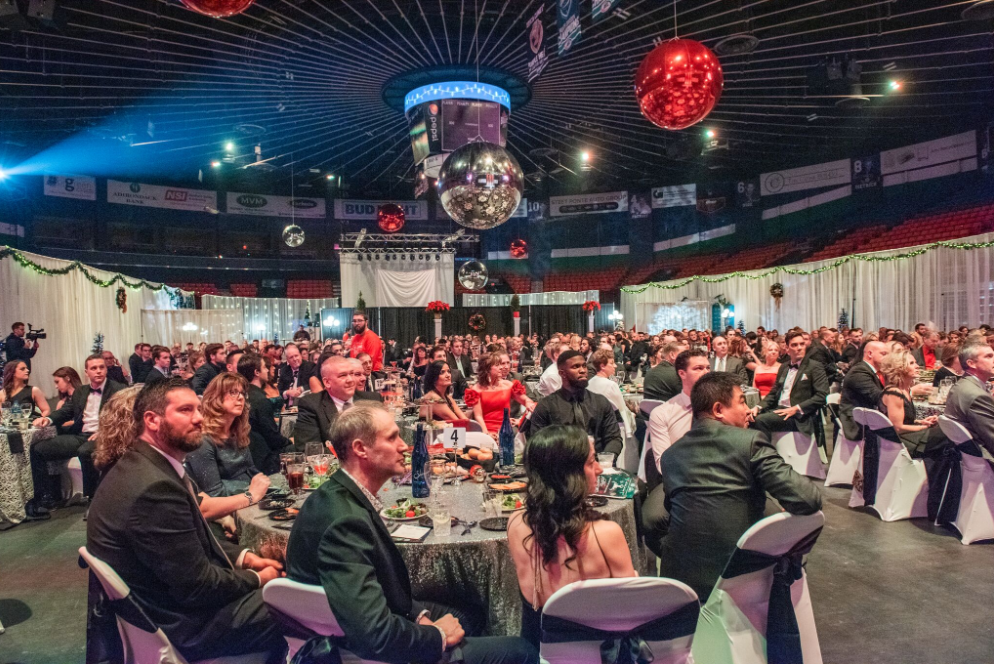 On December 19, the Save of the Day Foundation hosted their first ever ‘Not-So-Silent Night’ Gala on the floor of the Adirondack Bank Center. The arena staff, along with Debbie Kessler Promotions and Exclusively Yours by Wendy, worked tirelessly to create the perfect holiday atmosphere over the ice, which included hanging massive ornaments from the ceiling, setting up a photo area with Santa, and a trio of carolers during cocktail hour.

Three major acts – Comedic Magician Justin Wilman, Comedian Nate Bargatze, and The Dan Band from the movie ‘Old School’ – came together to headline the formal event, while Aqua Vino and ORB Food & Beverage catered the event. Almost 400 people attended the gala, including players from the Utica Comets and Utica City FC. Through table purchases, a silent auction, Chinese-style ‘Reindeer Raffle,’ and monetary donations, the Foundation raised funds that will go back to local kids and charitable organizations in need. 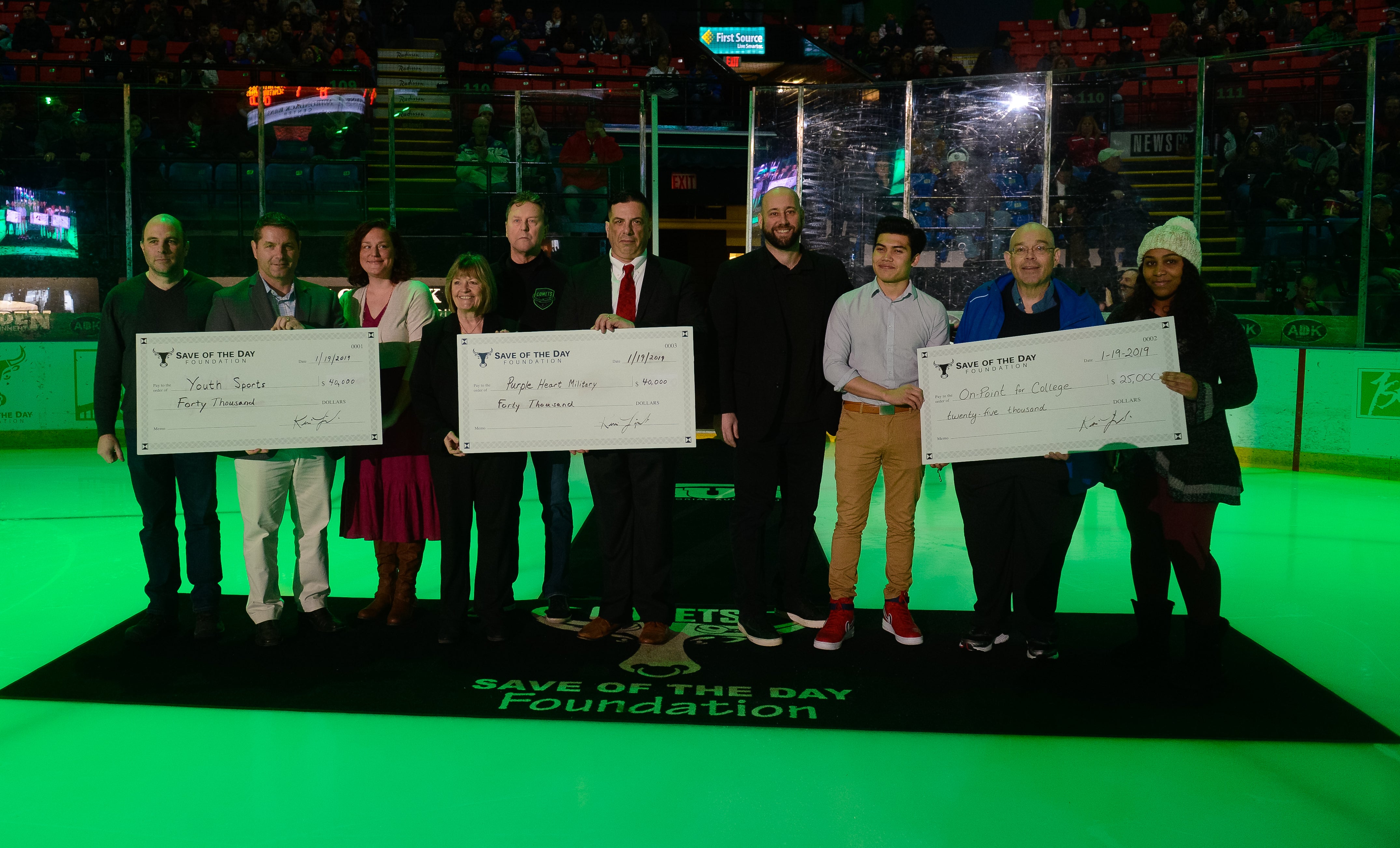 This past week, on January 18, the Foundation kicked off their much-acclaimed annual Save of the Day Foundation week when the Comets faced off against their rivals, the Syracuse Crunch. This was the first year that the Foundation expanded their night to a week’s worth of games, due in large part to the successes of the events the past two years. The Comets once again hit the ice in their iconic, fan favorite black and neon green jerseys – jerseys that have reverberated throughout the hockey world. The Comets came out victorious on Wednesday night by a score of 5-4, as the week continued on to Friday’s matchup against the Binghamton Devils. Friday was another victory for the Comets, by a score of 5-3, with the Foundation week closing out with a tough loss against the Belleville Senators, 5-2. 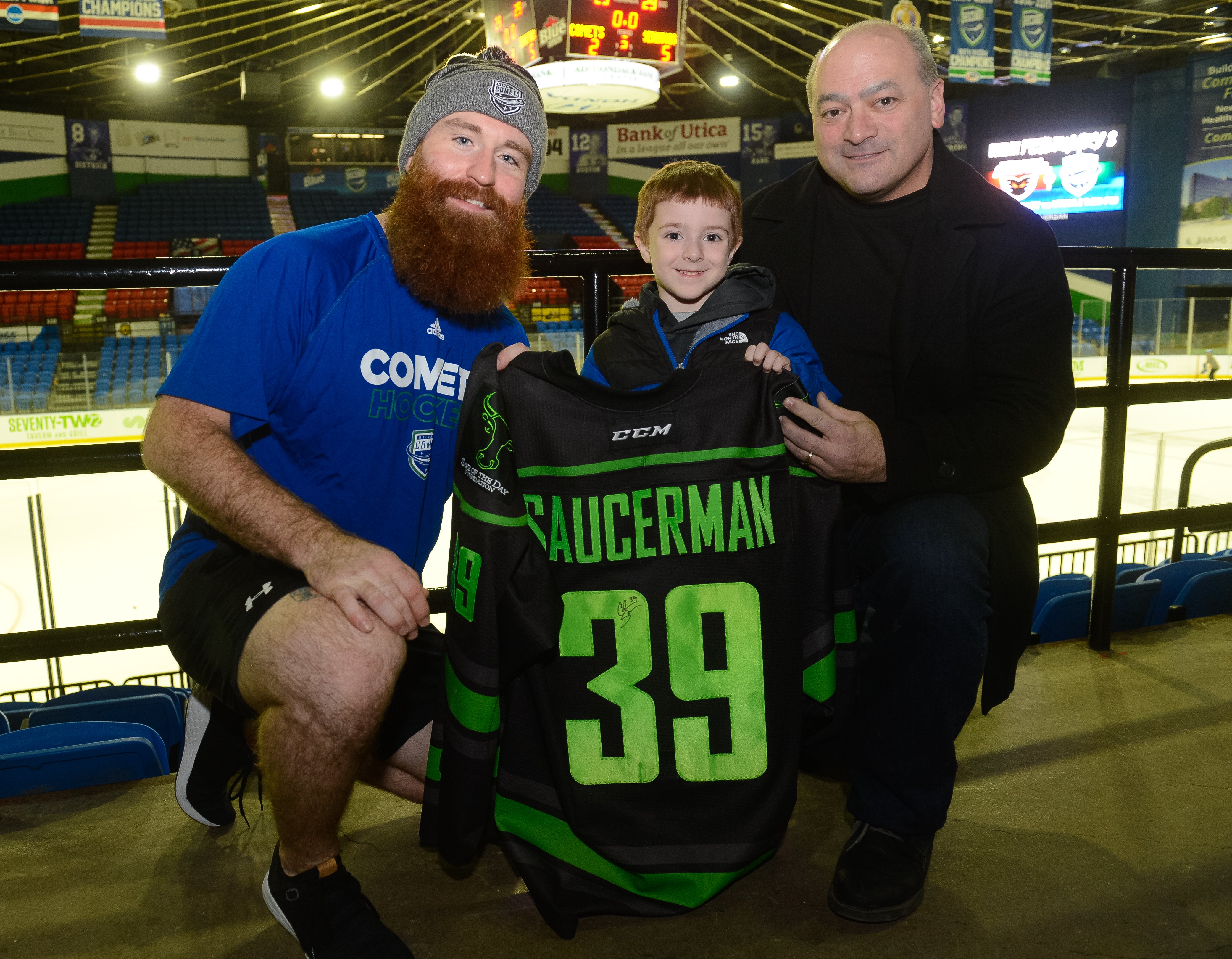 Throughout the week, the Comets sold Save of the Day raffle tickets for $20, giving purchasers the chance to walk home with a game used black and neon green Foundation jersey. The three games also featured a carryover 50/50 pot that amassed $38,967 – the largest pot total in the Comets history.

The Save of the Day Foundation week, combined with the gala, raised over $200,000 for Save of the Day on the heels of their 15th anniversary. Robert Esche, Chairman of Save of the Day, expressed his thanks to all of those who made both events possible, while already looking forward to what next year will hold.

“It’s always special to see the great people that we have in our community come together to support the Save of the Day Foundation, said Esche. “We’re very much looking forward to next year when we expand and grow the events next winter.”