Lead Architect of The AUD, Gil Seltzer, Passes Away at 106 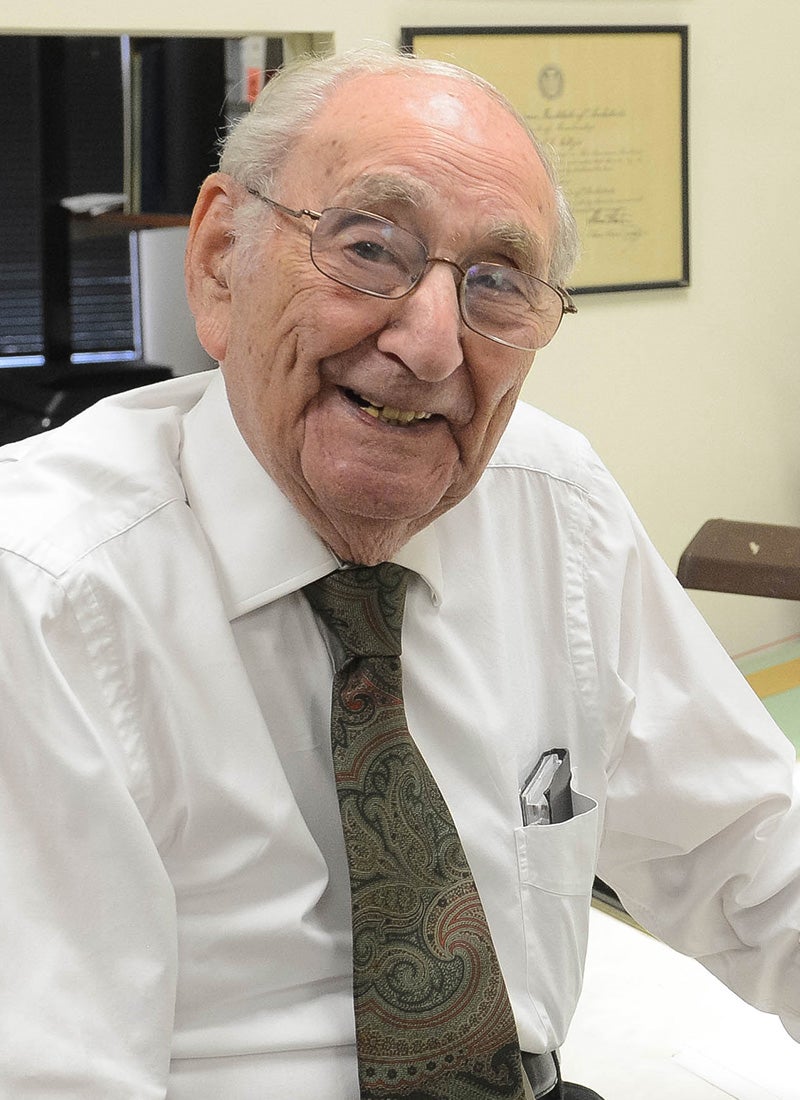 Gilbert “Gil” Seltzer, lead architect of the Utica Memorial Auditorium (now known as the Adirondack Bank Center), passed away on Saturday, August 14, just two months shy of his 107th birthday. Seltzer’s firm, Gehron and Seltzer, was contracted by Mayor McKennan’s administration in 1956 to design what was an architectural feat for its time, and now stands as a National Historic Engineering Landmark.

During the time of its creation, The AUD was the first facility ever to use telescopic seating, as well as the first to utilize the groundbreaking cable-suspended roof system. In 1956, Seltzer determined that a circular building would best fit the relatively small parcel of land reserved for The AUD but realized that a traditional domed roof was impractical due to cost and weight considerations. To solve this problem, Seltzer hired Structural Engineer Lev Zetlin, who ultimately designed The AUD's acclaimed roof system.

The Utica Memorial Auditorium is just one fraction of the impact that Gil Seltzer had on our world. In 1939, working as a young architect for Gehron Architects, Seltzer was the firm’s construction phase representative for the Convalescent Camp on Roosevelt Island in New York City, later named the Goldwater Hospital. Just a few short years after, Seltzer temporarily left his career for 55 months to service during WWII in the United States’ Ghost Army – a top secret decoy mission that would misdirect Nazi troops away from the actual invasion beaches. 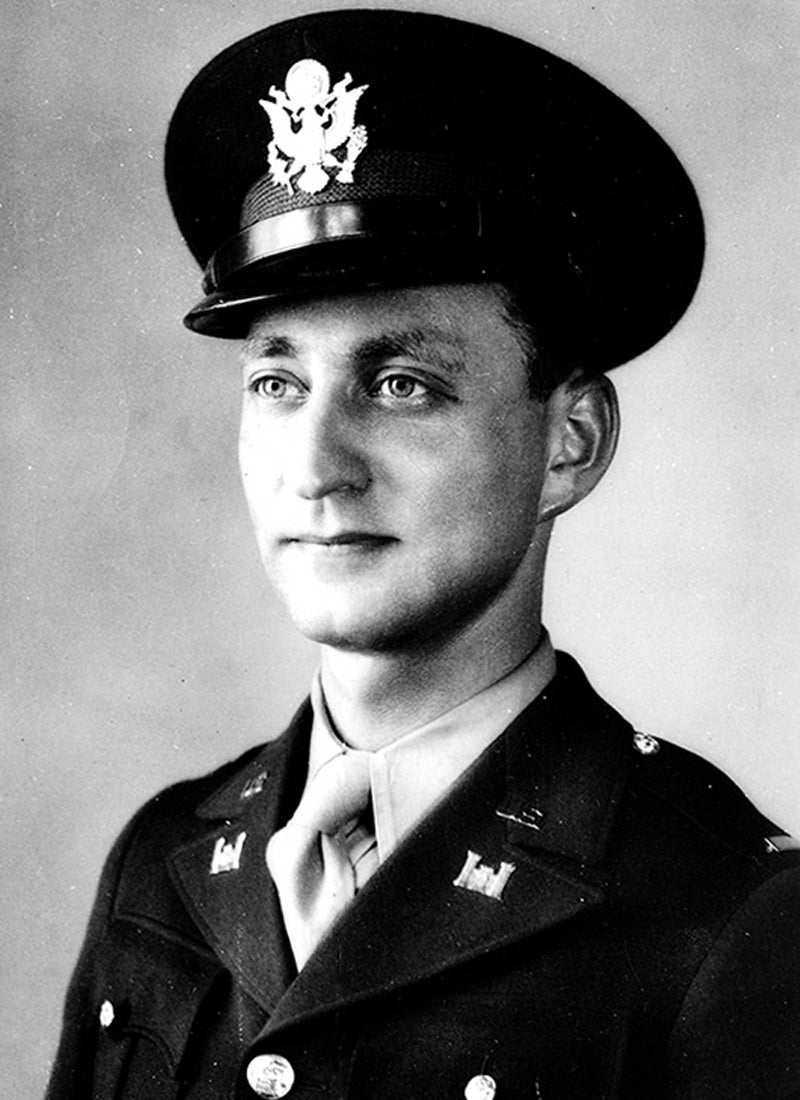 In an interview with the American Institute of Architects (AIA), Seltzer described the Ghost Army’s biggest mission – when the allied forces crossed the Rhine. The Ghost Army was responsible for “attracting the German army and their forces 20 miles south of where the actual crossing was to take place.” The U.S. Army initially expected to lose 30,000 men, but with the help of the Ghost Army, they lost only four. Always modest, Seltzer said of the operation, “They say we saved 30,000 lives. I don’t know about that; we were just doing our jobs.”

In an effort to honor Seltzer and the integral part he played in creating The AUD, in 2017, the arena commissioned a unique dimensional oil portrait of Seltzer himself, to be done by local artist Tim Rand. The unique art piece is comprised of over 2,000 small wooden blocks, and hangs proudly in the suit wing of The AUD in a room known as Zuhaus. At the time of the artwork’s unveiling, Seltzer was 104 years old and still working 4 days a week as an architect.

“The Utica Memorial Auditorium would have been a much different place if the City did not hire Gil Seltzer, in 1956, as the lead architect for the project,” said Senior Auditorium Authority Member Paul Romano. “He used the numerous site constraints and budget challenges as his impetus to create a facility which continues to function flawlessly as the City’s premier indoor sports venue some six decades after its construction. It was a bold and innovative design for its time, and it certainly took courage to approve a cable-roof system that had never been used in the way it was employed at The AUD. As we learned more about his life, career, and service in World War II, we began to understand that his work at The AUD was a true reflection of his remarkable character.” 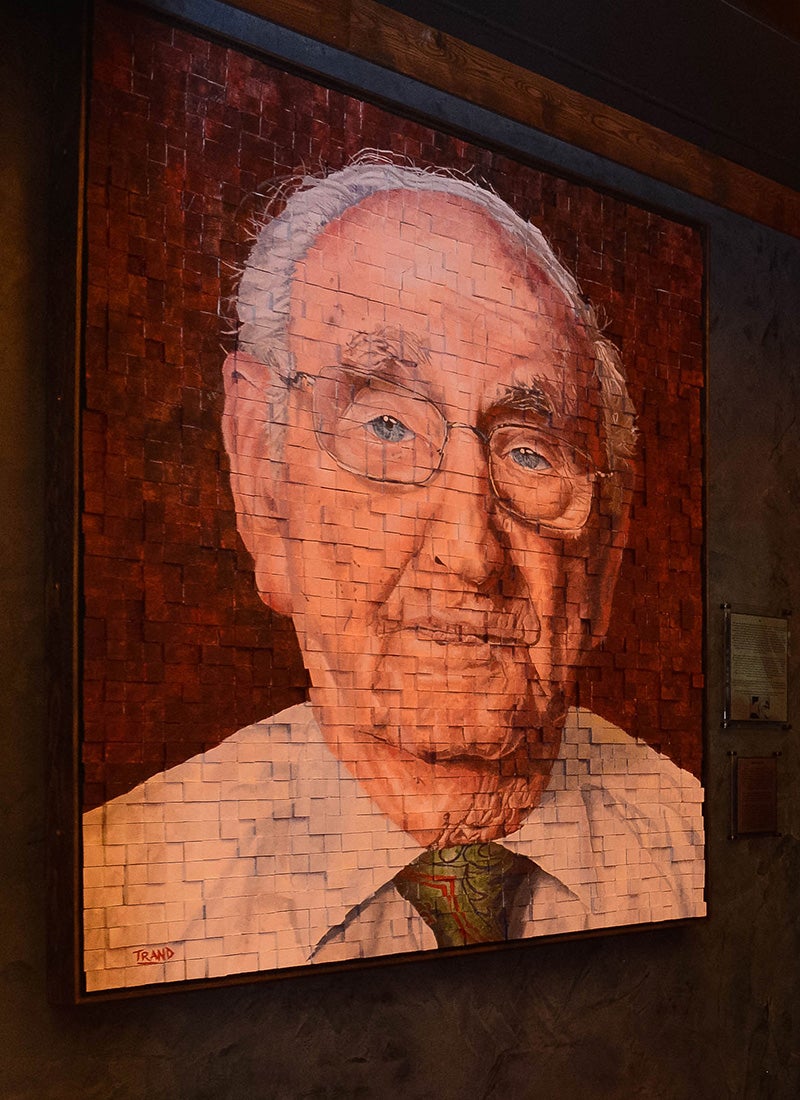 “Still to this day it amazes me on how well The AUD was designed more than 60 years ago,” said CEO of Mohawk Valley Garden Robert Esche. “Gil’s profound leadership and courage to take on a project with such challenges is a testament to who he was as a person; it’s also fitting that over the last couple of days, everyone has come together once again to restart the finalization of another impactful project connected to The AUD: the Nexus Center.”

It would be impossible to summarize Seltzer’s impact on not only our City, but our entire world, with words on paper. Seltzer’s genius mind and ingenuity affords us the honor of watching the Comets, Utica City FC, and Utica College Pioneers, in addition to any other show at The AUD, day after day.