PHASE I MARKS START OF THE U DISTRICT 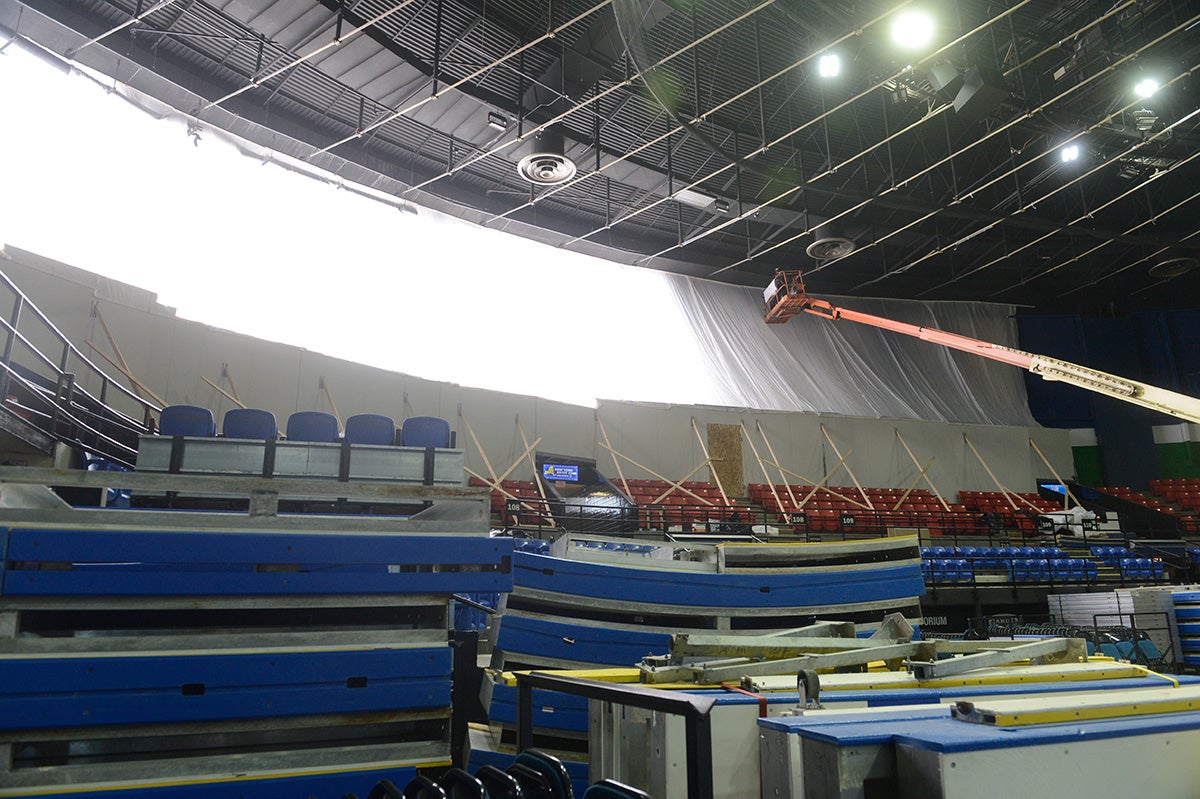 An offseason at 400 Oriskany St W is usually filled with endless thoughts of the next hockey season with everyone anxiously awaiting October. However, this summer The AUD is anything but quiet as the sounds of continual construction fill the air each passing day.

May 8 saw the start of the Utica Memorial Auditorium West End Expansion Project – a comprehensive endeavor that will both grow The AUD and bring it up to 21st century standards. The $8 million dollar project brings luxury seating options to the home of the Utica Comets while more than doubling the number of women’s restrooms and adding a number of ADA-compliant amenities. Already over a month into the project, progress is tangible, as those involved eagerly anticipate the upcoming season.

Any woman who has frequented The AUD has most likely grappled with the lack of women’s restrooms in the building; the current project, however, will rectify the problem and provide women with a much easier experience than in years past. The project will also add a sprinkler system that covers the entire building, a new ADA-compliant elevator and other renovations to the building. These necessary upgrades will add to the sustainability of the building and ensure that patrons have a safe and stress-free experience.

This 21,000 square foot expansion project of the west end of The AUD will create six luxury suites as well as a loge seating area that will cater to larger groups. The suites will be roughly 800 square feet a piece, can fit more than 20 guests and will include personalized amenities and fixtures. The suites and loge area will have unobstructed views of The AUD, making them ideal for watching both Comets games and AUD events. 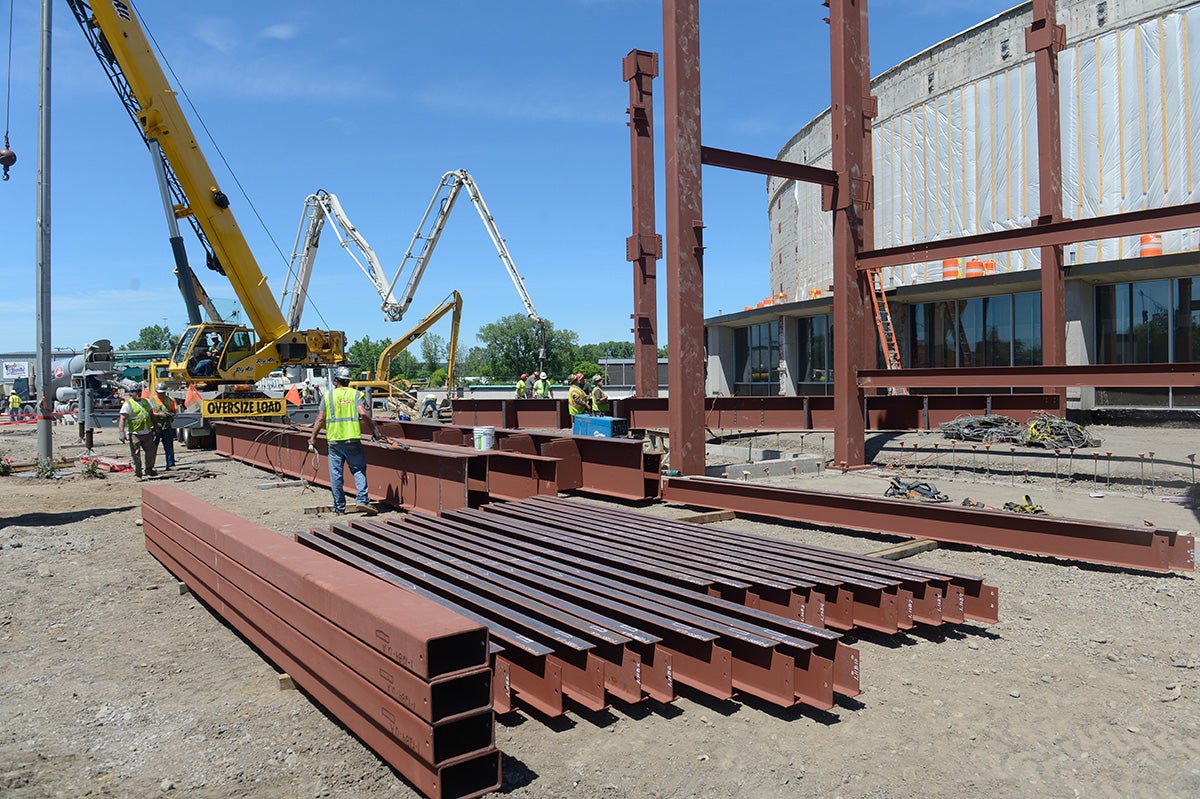 As a whole, the project will elevate The AUD to the status of other arenas in New York, such as the Times Union Center in Albany and the Blue Cross Arena in Rochester. More importantly is that the construction represents Phase I of development for The U District, a plan revealed on May 16 that will transform the area including and surrounding The AUD into an Arts, Sports & Entertainment District. Phase I serves as a catalyst in propelling the district forward, as the AUD Authority and Oneida County look to purchase Washington Courts as well as acquire other land for future site development.

“Phase I is not only important to the future of The AUD, but also to the progress that Oneida County is making with The U District,” said CEO of MVG and President of the Utica Comets Robert Esche. “The expansion project is the first part of the domino effect that will spur future development of the Nexus Center, American Craft Beer Museum and Innovation Center. In addition, the most important aspect of Phase I is that it will keep momentum going while exemplifying civic pride.”

Yesterday, the project hit a milestone, as workers began erecting the steel. With the construction companies working at an accelerated pace, the project is scheduled to meet its completion date of October 20. Phase I marks a crucial first step in executing The U District and is proof that our area is ready to execute and support an Arts, Sports & Entertainment District.