THE U DISTRICT: SIXTY YEARS IN THE MAKING 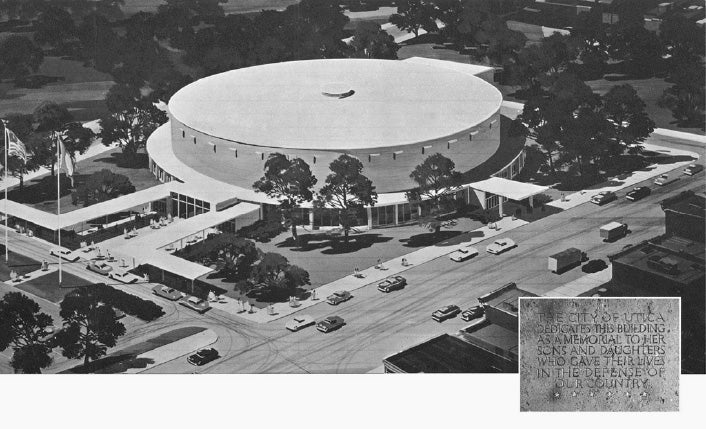 When Mayor John T. McKennan came up with the idea for a central hub of activity in Utica, New York, he had no idea that sixty years later, in 2017, similar minds would piggyback on his innovative plan to make The AUD and its surrounding area the place to live, work, and play.

Earlier this week, Oneida County Executive Anthony J. Picente Jr. unveiled a comprehensive plan for The U District; a vision that both expands The AUD and develops new land in the area for the Nexus Center for Sports and Recreation, American Craft Beer Museum and Innovation Center, Utica Commons Casino, and more. The U District would not only generate exponential revenue for Utica, but would also embody a new way of life for Uticans, and provide them with a walkable and scenic atmosphere. The spark for The U District, a West End Expansion project at The AUD, broke ground earlier this month and will add luxury suites, premium loge seating, women’s bathrooms, and other amenities to the National Historic Civil Engineering Landmark. 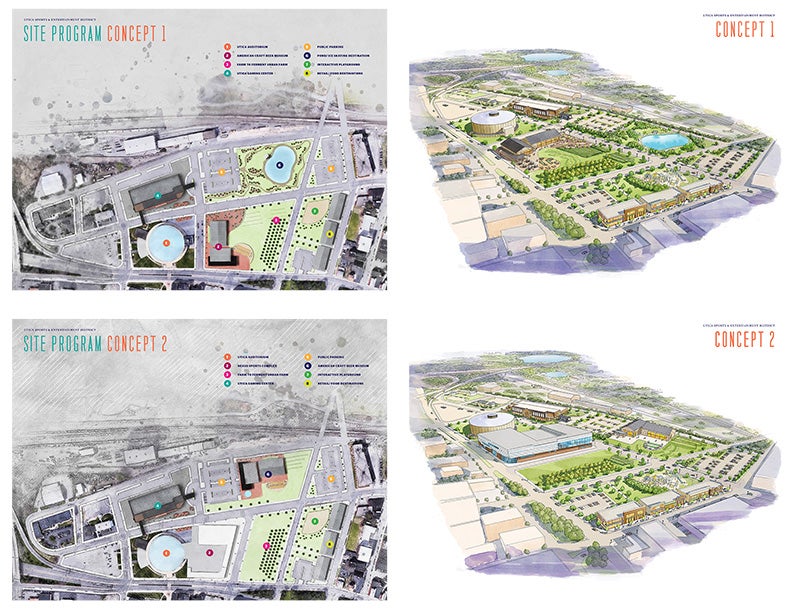 While Tuesday was the first time the renderings were presented to the public, the concepts for The U District have been in the works for over five years; in fact, one could even say they have been in the cards since 1957. Mayor McKennan first developed the vision for The AUD to drive people towards the area’s hotels, restaurants, and stores – placing an importance on local businesses and innovators. When The AUD opened in March of 1960, there were crowds outside of the doors, patiently waiting to see for themselves the project that was in the front of their minds since the groundbreaking nearly three years prior. And structural engineer Lev Zetlin’s ingenuity and entrepreneurial courage to create the first pre-stressed dual cable roof system has carried over throughout the past sixty years, as businesses in Bagg’s Square and downtown Utica are constantly creating space for conversation and future development. As hotels, restaurants, and shops increased, so did the need for new environments for patrons to spend their dollar and their time. 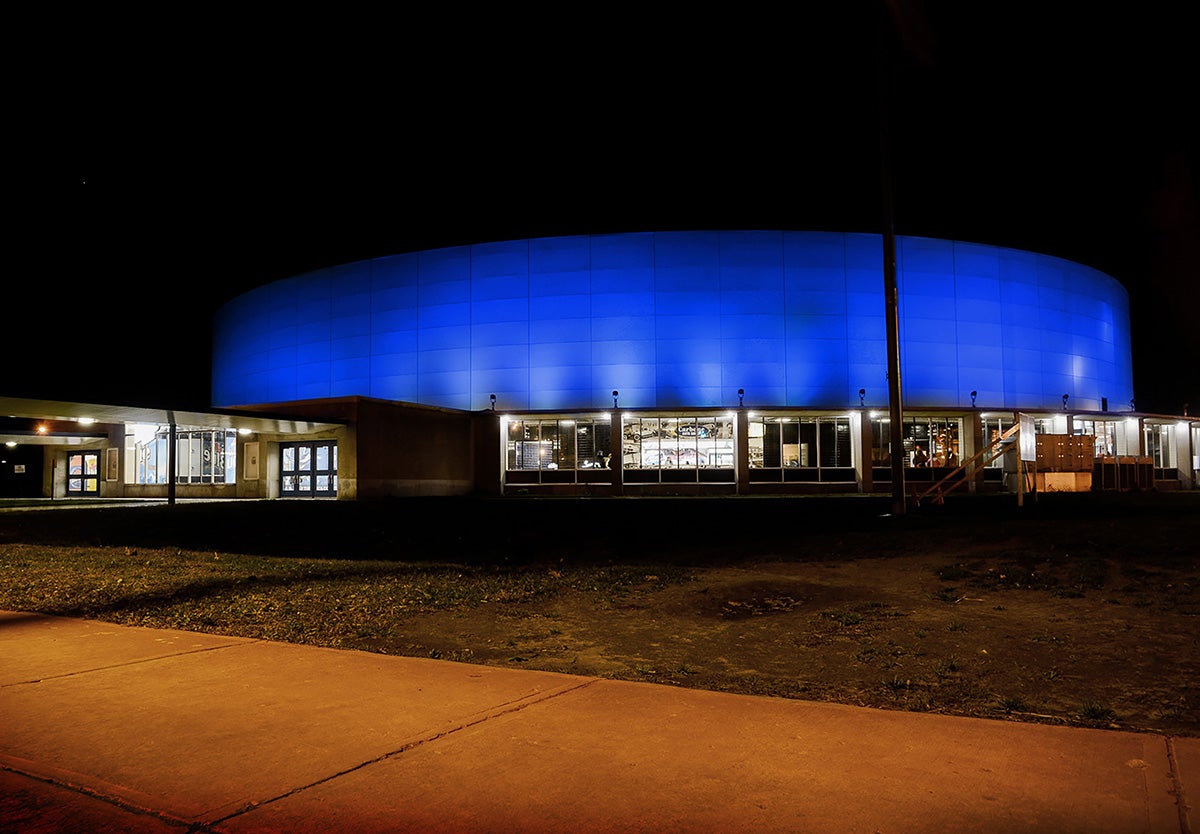 Fast forward to 2012, when Mohawk Valley Garden President Robert Esche began his efforts to bring an AHL franchise back to Utica. Esche found himself returning to those original ideas that helped to both literally and figuratively build The AUD.

“This was never solely about hockey,” Esche explained. “Hockey and The AUD were simply the catalysts for a much bigger vision, one that encompassed the surrounding area as well as the region and one that I’ve always felt has endless boundaries.”

The announcement of the Utica Comets on June 14, 2013, sparked the fire that has been steadily burning for the past four years; a fire of entrepreneurial spirit, creative innovation, and, of course, economic development. By utilizing The Western New England Law Review study, one can calculate that The AUD has had an economic impact of $48,805,135.44 since 2013; a fluid number that will increase upon completion of the West End Expansion Project. And with the concept for the Nexus Center, that number has the potential to skyrocket even further. 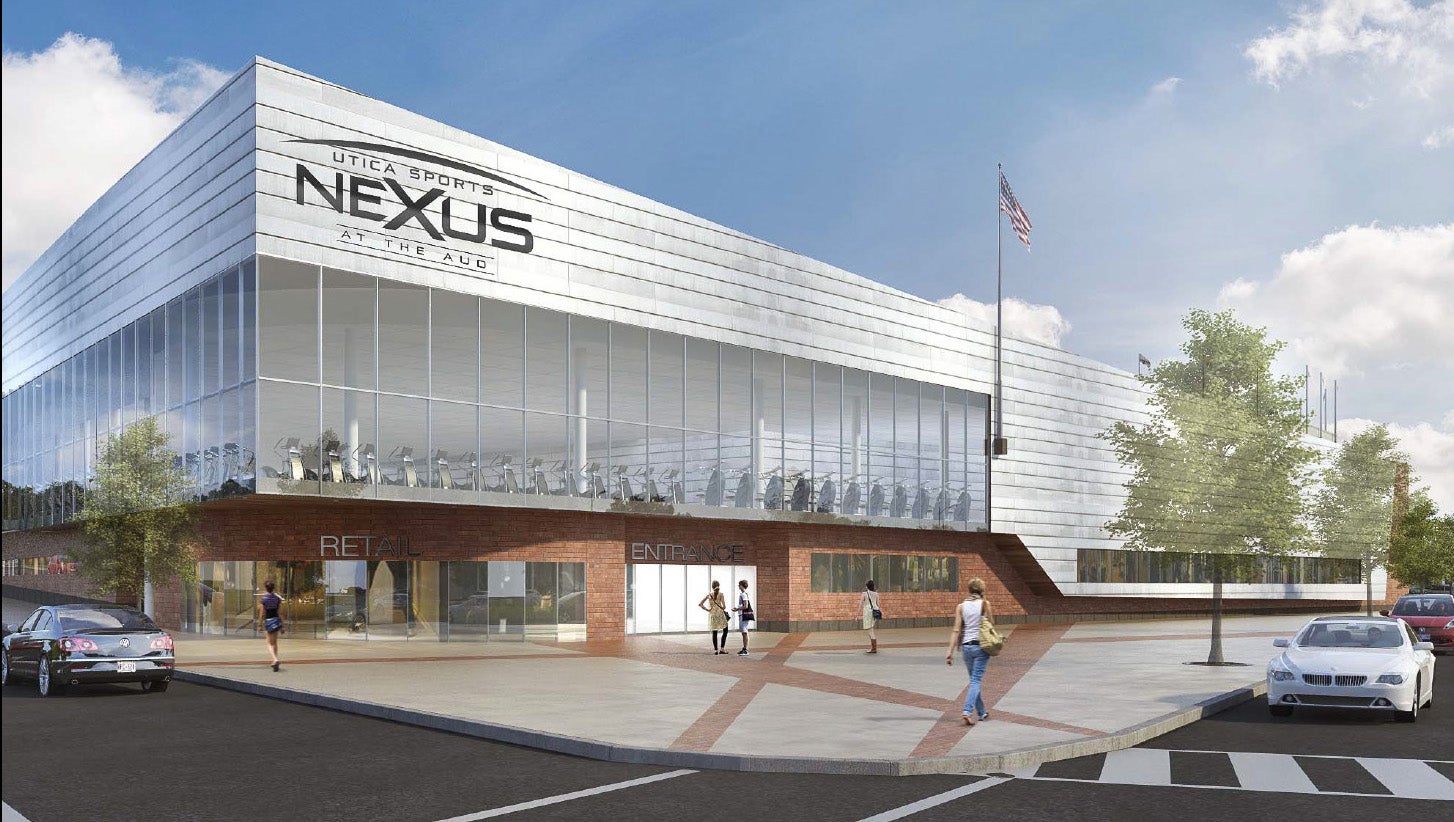 “While it has long been an economic driver for the region, the Utica Memorial Auditorium has taken its role as catalyst for change to a whole new level over the past five years,” Picente said. “The renovation and expansion that have, and will take place, will continue to elevate the caliber of this iconic facility, and serve as the launching pad for an Arts, Sports and Entertainment District that will completely transform downtown Utica.”

Perhaps most importantly, the Nexus Center, along with the American Craft Beer Museum and Innovation Center and Utica Commons Casino, mirror what went through the minds of many in the mid to late 1950s, when the idea for The AUD was born. While there was much to work through, and many challenges to overcome, resilient minds pushed through, and a vision became a reality.

Stay tuned for more updates on The U District! To follow along on social media, use the hashtag #ADistrictForU.