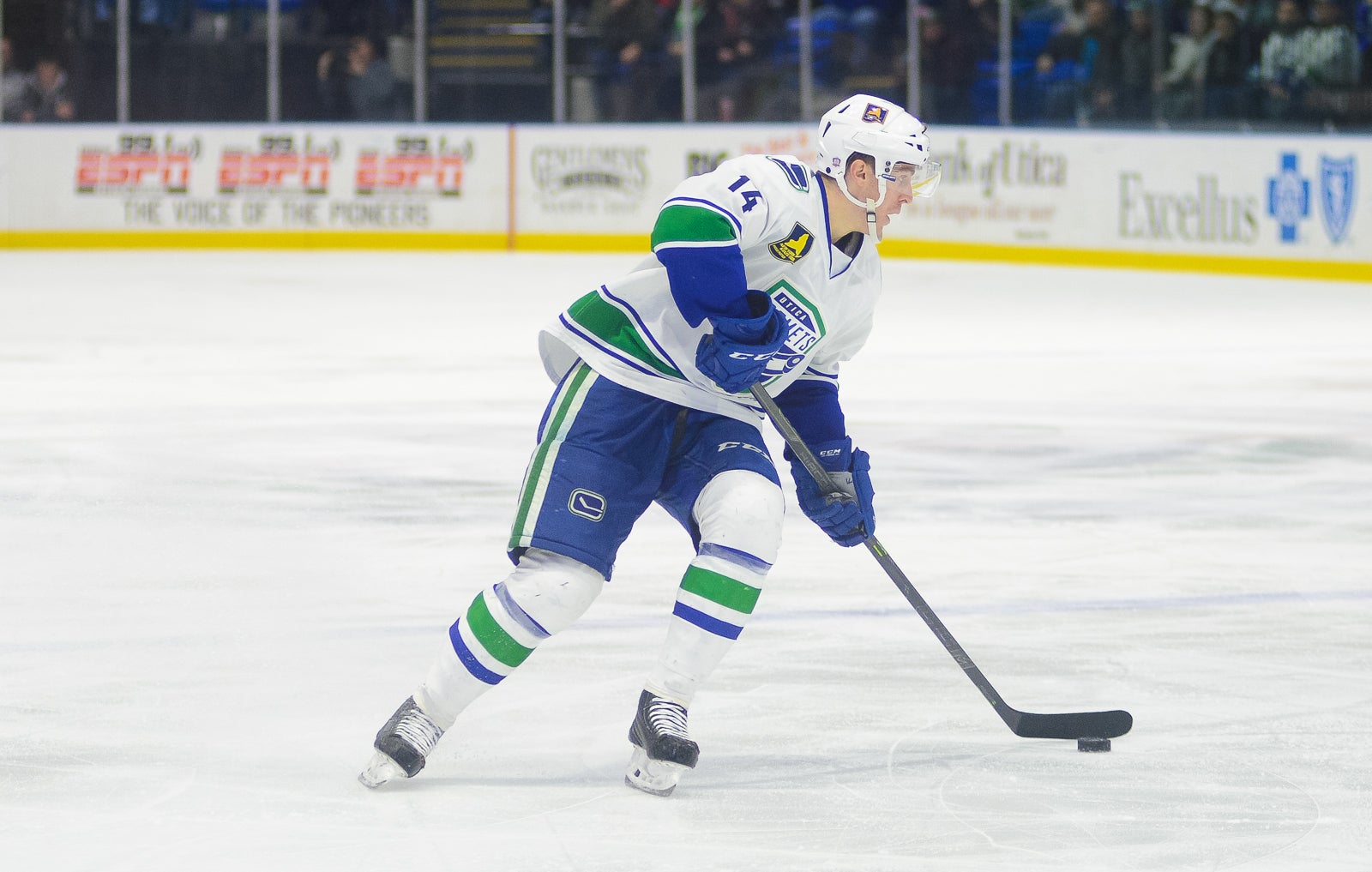 Vancouver Canucks General Manager Jim Benning announced today that the club has reassigned forward Mike Zalewski to the AHL Utica Comets. Zalewski, 23, has appeared in two games for the Canucks this season registering one assist (0-1-1) and two penalty minutes. He has also appeared in 36 games for the AHL Utica Comets this season where he currently ranks tied for sixth on the team in scoring with 17 points (8-9-17). In 2014.15, Zalewski collected 12 points (3-9-12) and 18 penalty minutes in 55 games played with the Comets. He made his NHL debut on April 12, 2014 at Edmonton and registered his first NHL point (assist) the following night versus Calgary. Prior to making his professional debut in 2014, the 6’2″, 205-pound forward spent two seasons with the Rensselaer Polytechnic Institute (RPI) Engineers. In 71 career NCAA games, Zalewski compiled 47 points (21-26-47) and 75 penalty minutes. The New Hartford, New York, native was signed by Vancouver as a free agent on March 14, 2014.