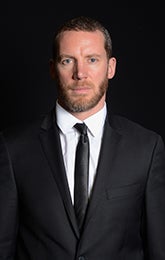 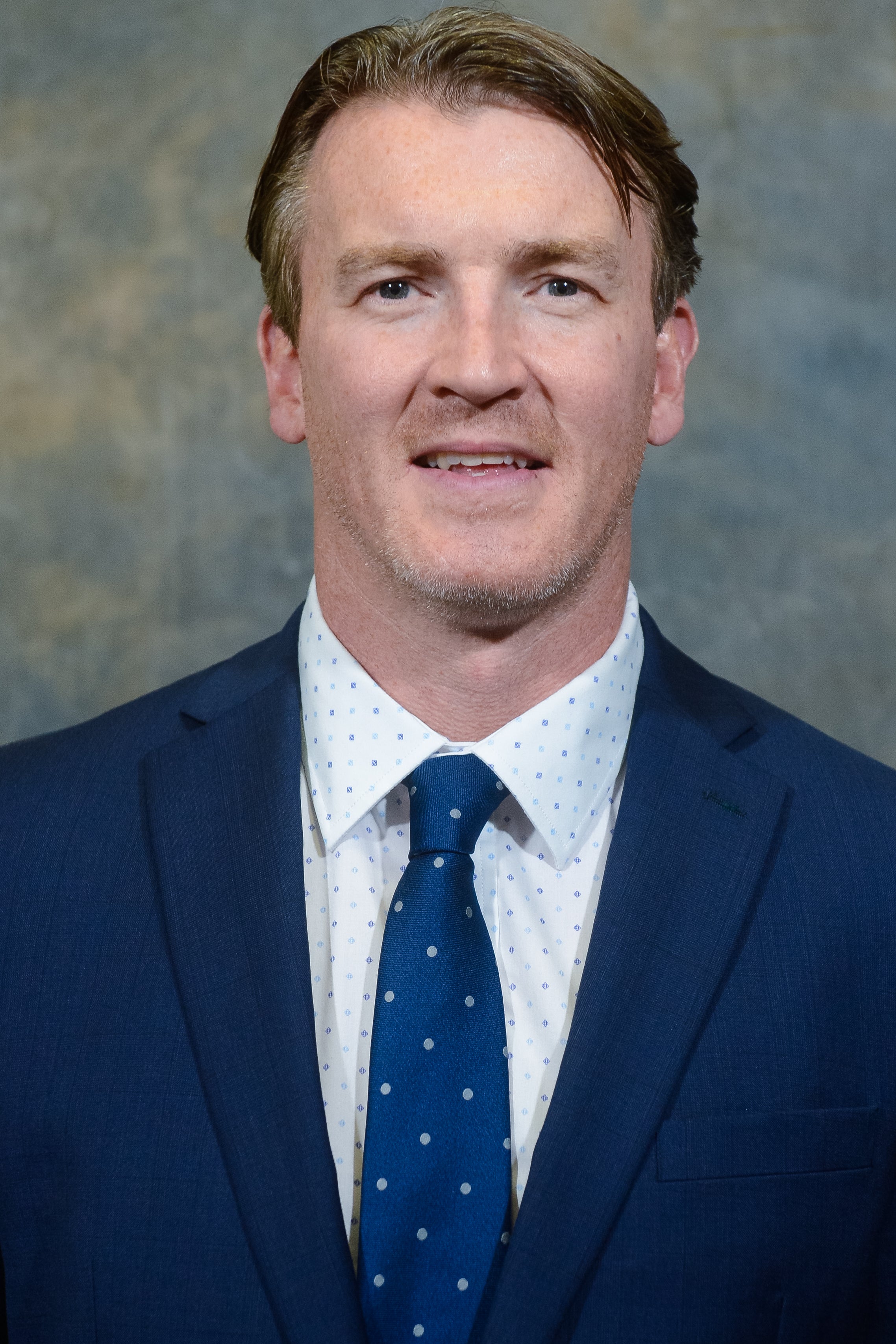 Cull is in his fourth season manning the bench of the Utica Comets. He previosuly served as an assistant coach with Syracuse for eight seasons from 2006 to 2010 and again from 2013 to 2017, culminating in an Eastern Conference Championship and berth in the 2017 Calder Cup Final.

The Georgetown, Ontario native played 11 seasons as a defenseman in the AHL and IHL with five teams: St. John’s, Houston, Springfield, Wilkes-Barre/Scranton and Syracuse. He totaled 618 games as a pro with a 28-79-107 record and 1,629 penalty minutes. 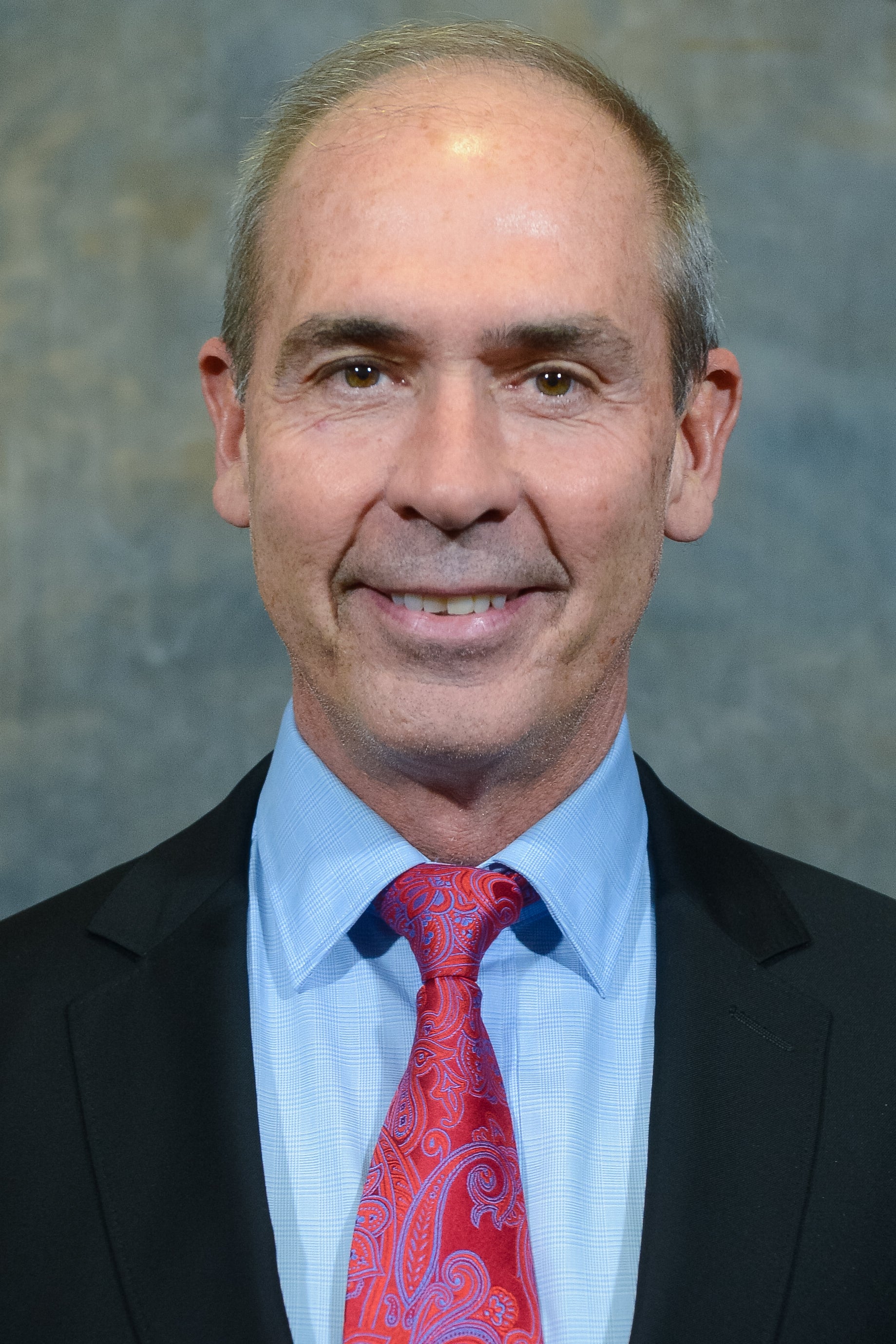 Gary Agnew is in his fourth season with Trent Cull’s staff as Comets Associate Coach and adds experience at the NHL, AHL and junior coaching levels. He most recently worked as an Assistant Coach with the Pittsburgh Penguins during the 2015-16 season. Agnew’s experience is highlighted by a head coaching role with the Syracuse Crunch of the AHL, General Manager/Head Coach of the London Knights and he was twice recognized as OHL Coach of the Year.

Bannister has spent the past two seasons as head coach of the San Antonio Rampage, the St. Louis Blues AHL affiliate.

Prior to that he worked three seasons as head coach of the Ontario Hockey League's (OHL) Sault Ste. Marie Greyhounds. In 2017-18, Bannister led the Greyhounds to franchise records in both wins (55-7-6) and points (116) en route to capturing the franchise's fifth Hamilton Spectator Trophy as the OHL regular season champion.

The Sudbury, Ontario native was named the coach of the year in both the OHL (Matt Leyden Trophy) and the Canadian Hockey League overall (Janes Brian Kilrea Award).

Prior to joining Sault Ste. Marie, he began his coaching career with the OHL's Owen Sound Attack, where he spent three seasons as an assistant coach.

Bannister was a second-round draft pick of the Tampa Bay Lightning in 1992. He enjoyed a six-year National Hockey League career, including stints with Tampa Bay, Edmonton, Anaheim and New York (Rangers). Overall, he collected 30 points in 164 career NHL regular season games. He also spent four seasons in the American Hockey League (AHL), including 1999-2000, when he captured the Calder Cup Championship with the Hartford Wolf Pack.

Along with his professional career in North America, Bannister played nine seasons overseas before retiring after the 2011-12 season.

Tkaczuk transitioned into the professional coaching ranks as an assistant with the AHL Chicago Wolves in the 2016-17 season.

Before that, he worked assistant coaching stints in the Ontario Hockey League with the Owen Sound Attack and Kitchener Rangers.

Tkaczuk, drafted sixth overall by the Calgary Flames in the 1997 NHL Draft, played 19 games with the Flames and 12 seasons of professional hockey in the AHL, Finland, Germany, and England. 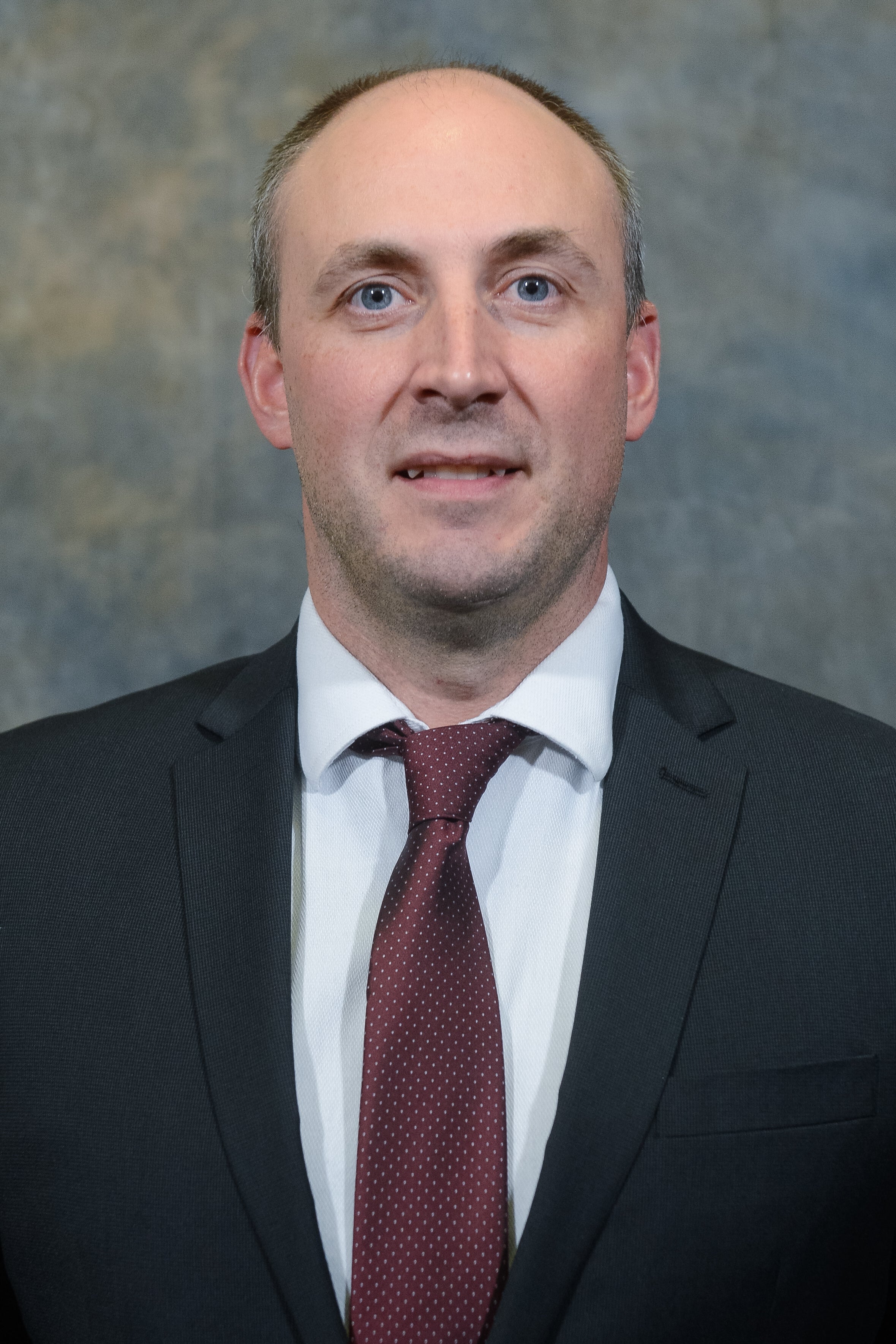 Sanford completed his 15-year professional career after the 2014-15 season in the KHL with the Yaroslavl Lokomotiv. The Owen Sound, Ontario native competed in 144 career NHL games, 35 of which were with the Canucks from 2007-2009. In addition, Sanford appeared in 251 career AHL games as well as an appearance in the 2011 AHL All-Star Classic. He was also named to the 2010-11 AHL second All-Star Team and possessed the best goals against average in the AHL with a 1.93 GAA. 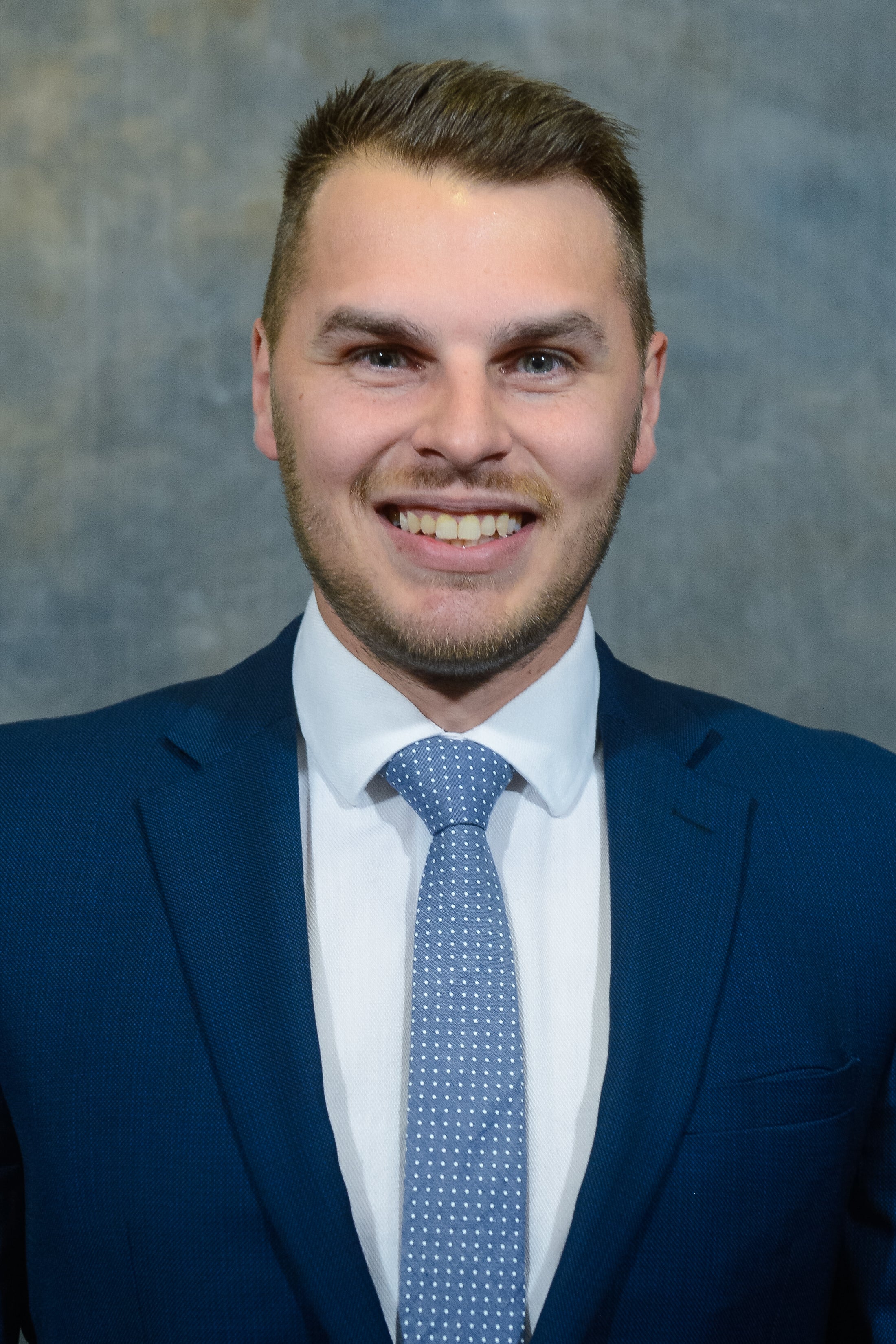 Josh Gagnon joined the Comets for their inaugural season as the team's video coordinator.

Prior to joining the Comets, Josh served as an assistant on the Mohawk Valley Community College coaching staff. A graduate of Clinton High School, Josh received his Bachelor’s degree in Graphic Design from SUNY at Oswego.

He was a member of the 2008 Oswego NECHL championship team. Josh currently resides in Utica with his wife Erin, and their daughter Emma. 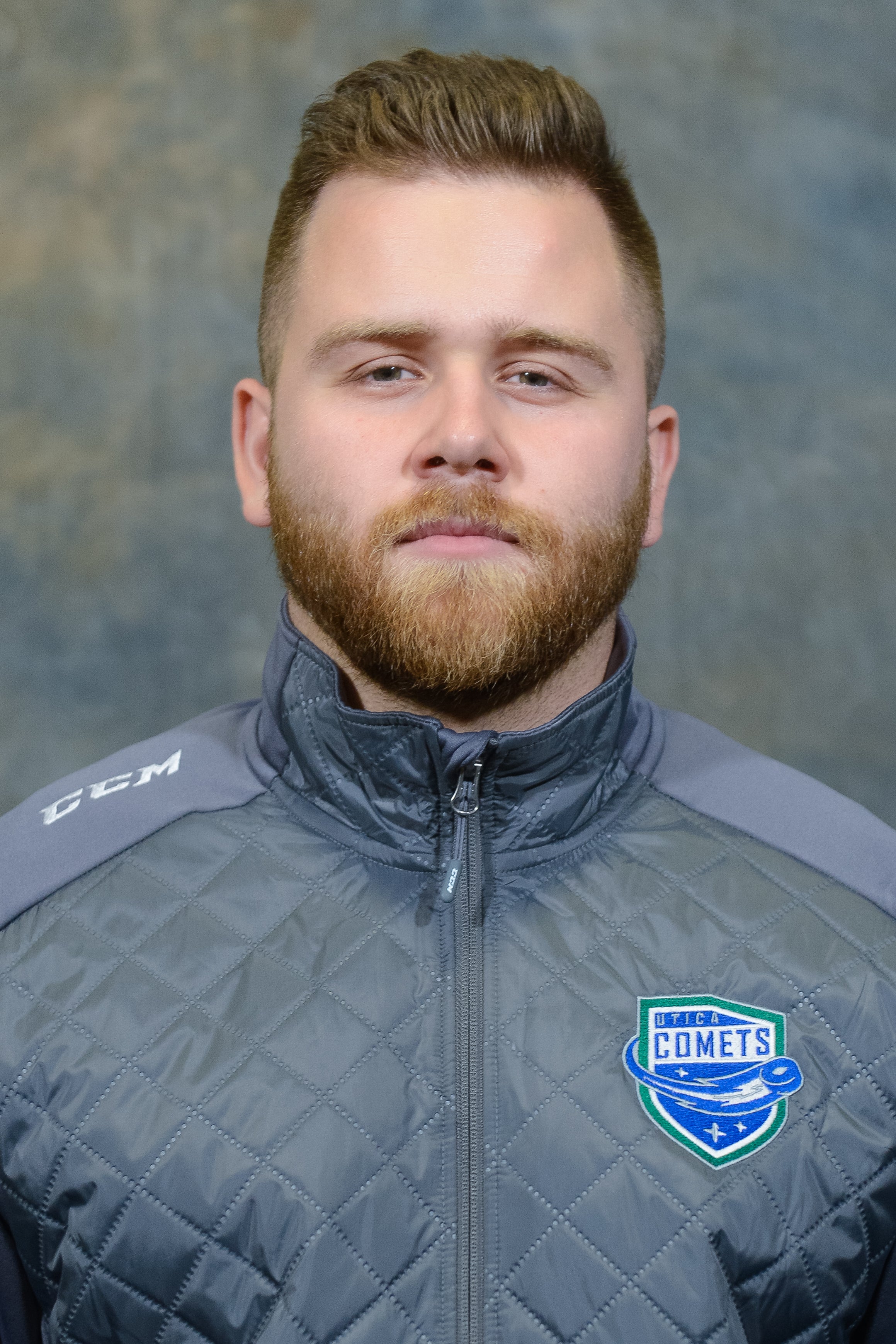 Roman, CAT(C), ATC, CSCS, joined the Utica Comets for the 2019-20 season. He spent the previous season as the Athletic Trainer and Strength Coach for the Brandon Wheat Kings of the WHL. Kaszczij received a Bachelor of Science in Kinesiology from McMaster University in Hamilton, Ontario and a Bachelor of Applied Health Sciences in Athletic Therapy from Sheridan College in Brampton, Ontario. His experience also includes time with the Hamilton Bulldogs(OHL)which extended into their championship in 2018, the Toronto Blue Jays and McMaster University Football and Basketball. The Mississauga, Ontario native now resides in Utica. A lover of snowboarding, craft beer, and a good cup of tea, Kaszczij uses his (very minimal) time away from the rink to take in his hobbies and learn more about Utica. When he’s not treating to player and staff at The Aud, you might bump into him on the slopes of Woods Valley or enjoying a tea at Utica Coffee. 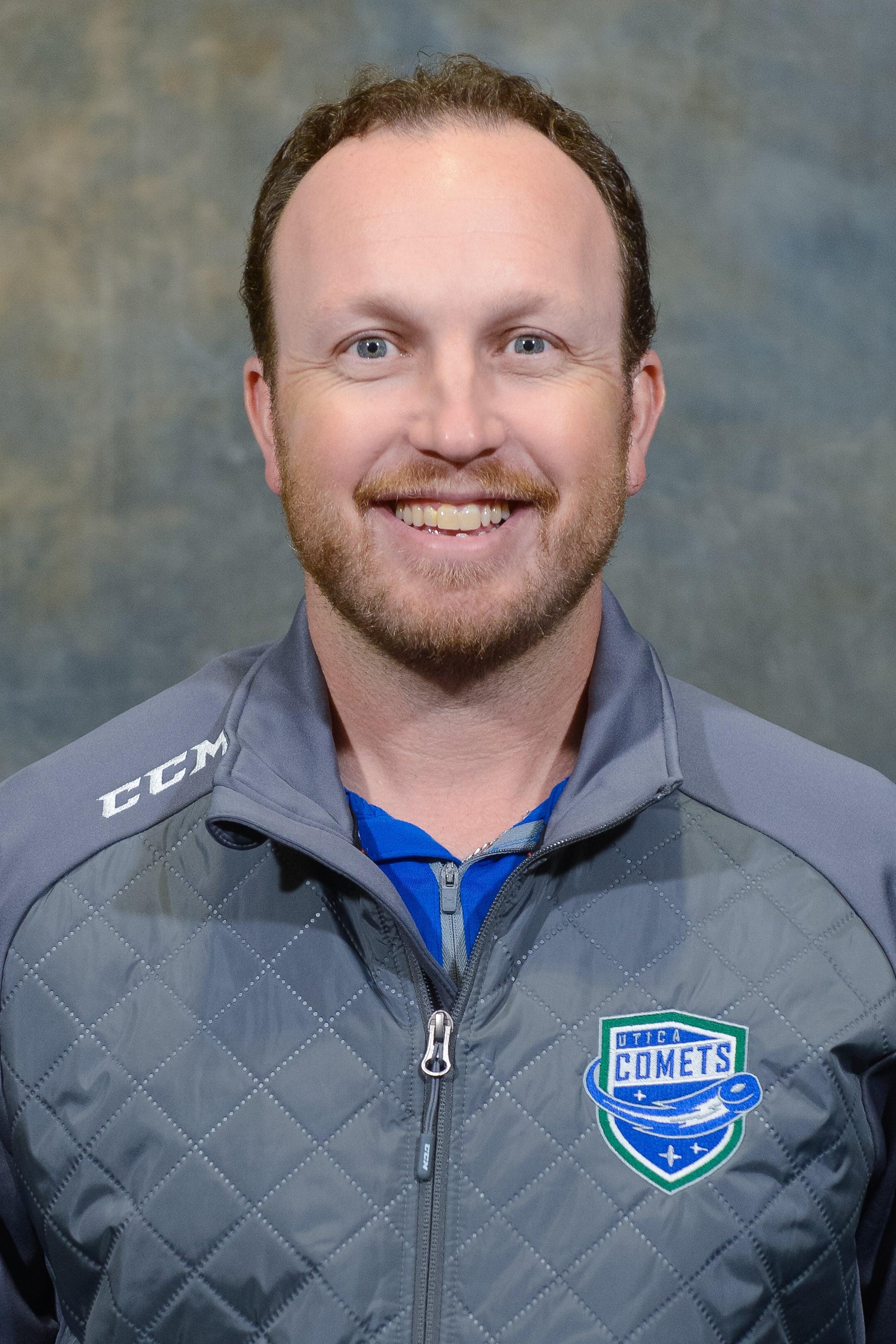 Damion Parmelee is in his sixth season as the Comets Equipment manager and his 21st season working in the professional hockey.

He is a native from Binghamton, NY and currently resides in New Hartford, NY with his wife Ashley, sons Wyatt and Truett, and their dog Alyeska. 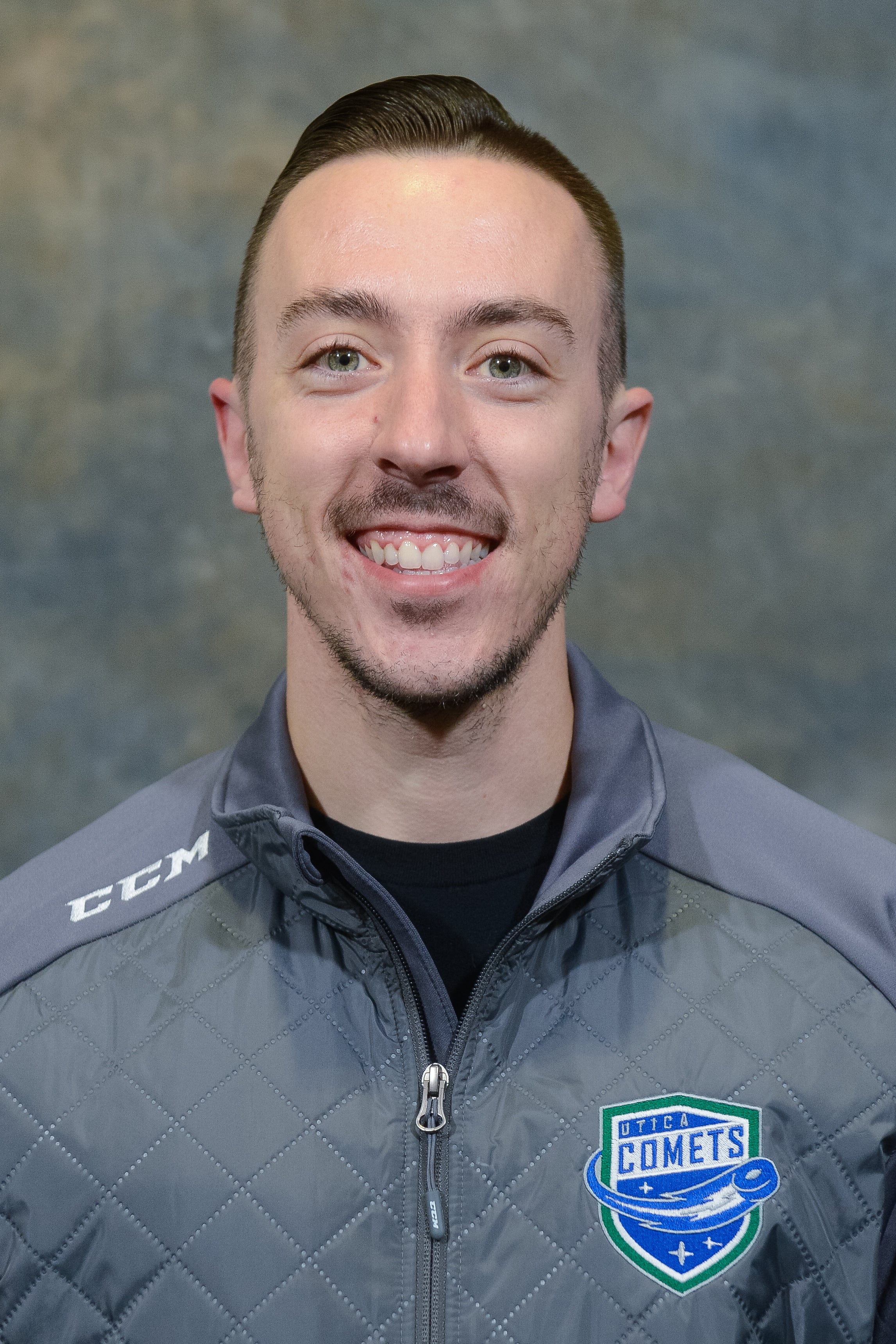 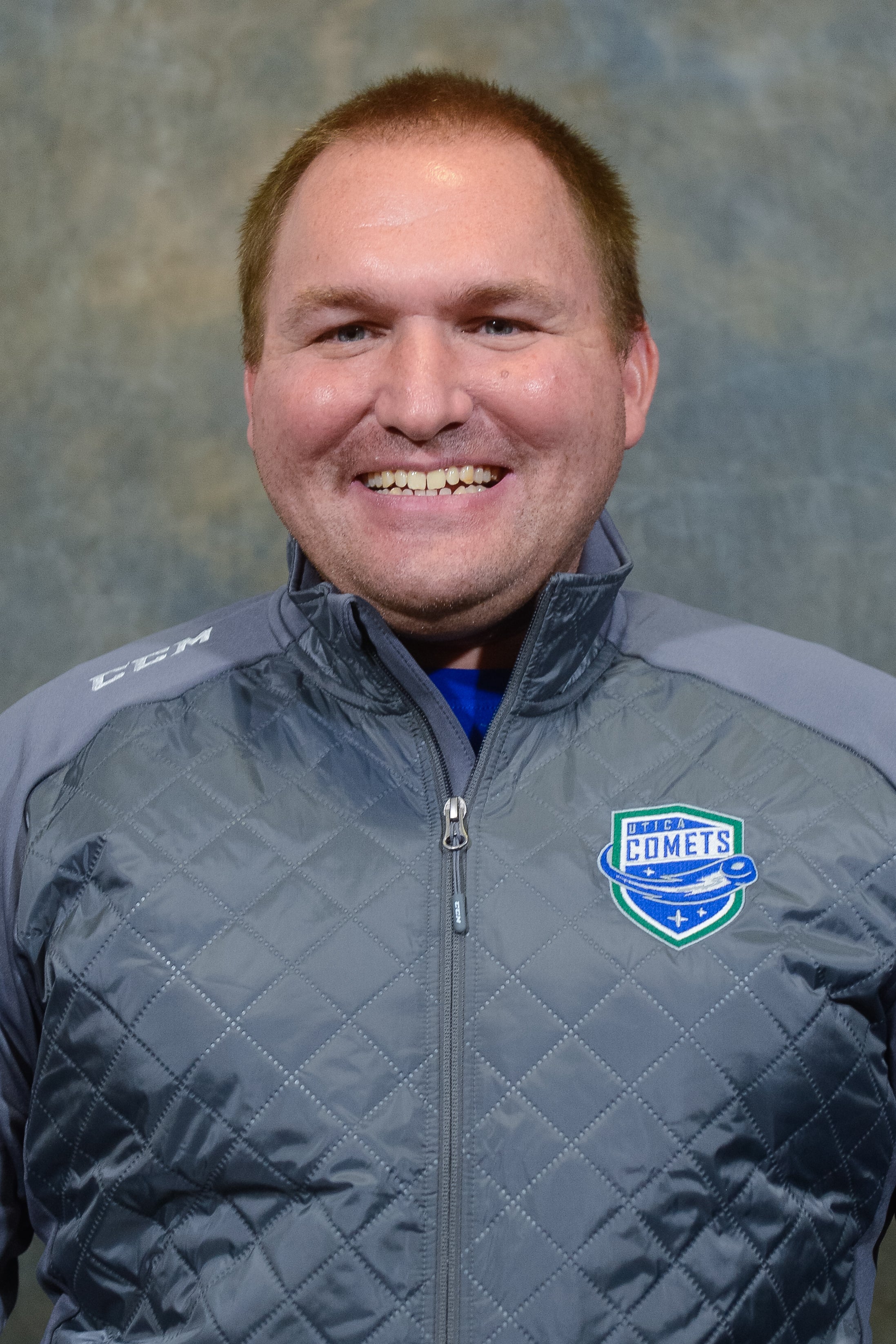 Greg Lowden is in his fourth full season with the Comets as Assistant Equipment Manager and his 9th season working in professional hockey.

Prior to joining the Comets, he worked with the Adirondack Phantoms from 2011 until their move to Lehigh Valley in 2014.

Lowden is a graduate of Rutger's University and received a master's degree from Shenandoah University. He is a native of New Jersey and currently resides in New York Mills with his goldfish, Travis. 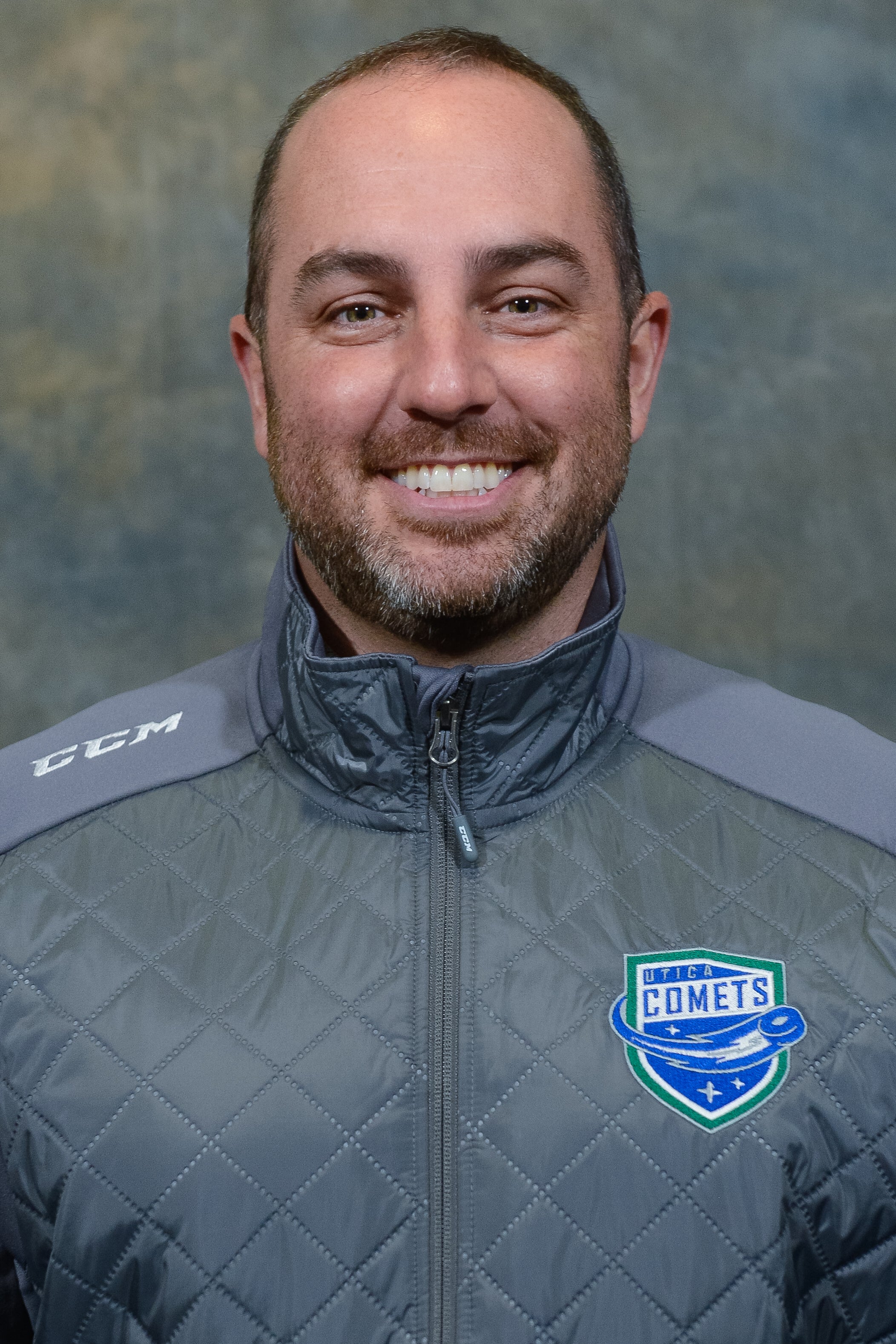 Ryan began working with the Utica Comets during the 2017-18 season. Originally from Remsen NY, Ryan graduated with his Bachelors in Athletic Training in 2004 and his Doctorate in Physical Therapy in 2011. Ryan assists Roman Kaszczij with rehabilitation of injured players and daily maintenance during practice and games. When he is not at the Adirondack Bank Center, Ryan works out of SPI Fitness, a local Sports Performance and Physical Therapy company that specializes in working on athletes. Ryan currently lives in Utica with his wife Kelly, son Cole and daughter Rory.