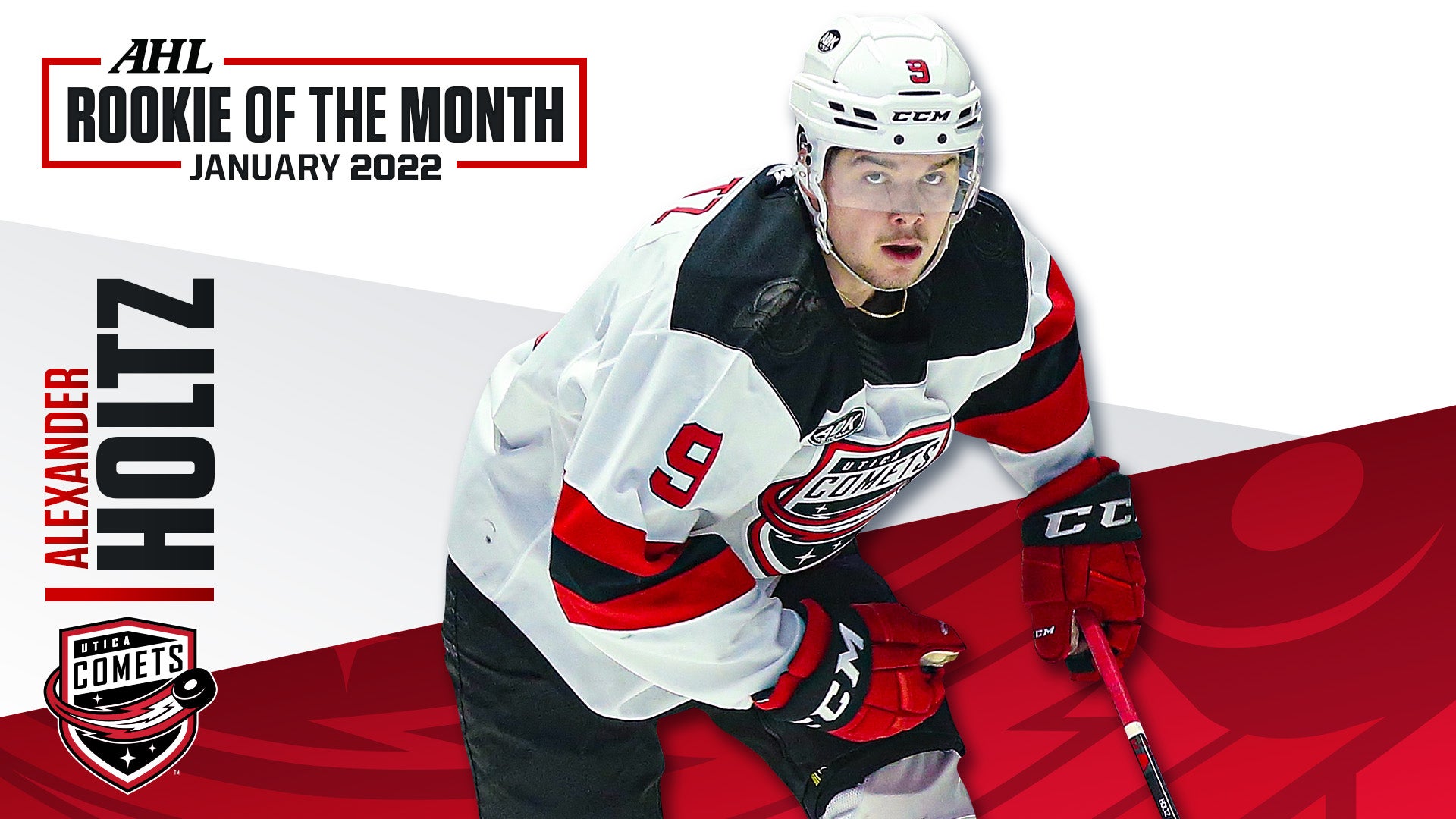 Utica, NY – The American Hockey League announced today that Utica Comets forward, Alexander Holtz, is the league’s Rookie of the Month for January.

Holtz notched five goals and eight assists for 13 points in 10 games for the league-leading Comets during January.

After beginning the month in the NHL with the parent New Jersey Devils, Holtz returned to the Utica lineup on Jan. 7 and recorded a goal and two assists in a 6-5 shootout victory over Wilkes-Barre/Scranton. He scored a goal on Jan. 19 at Laval and again on Jan. 21 at Syracuse before his two-goal game helped the Comets to a 6-3 win over Syracuse on Jan. 22. Holtz assisted on the winning goal in a 4-0 victory over Providence on Jan. 25, and extended his scoring streak to eight games with another assist on Jan. 28 vs. Charlotte.

A first-round choice (seventh overall) by New Jersey in the 2020 NHL Draft, Holtz has tallied 11 goals and 12 assists for 23 points in 21 games for Utica this season. He made his NHL debut with the Devils on Nov. 5, 2021, and has notched two assists in seven NHL contests. The 20-year-old native of Stockholm, Sweden, played for Djurgardens IF in the Swedish Hockey League before signing an entry-level contract with New Jersey on Apr. 19, 2021.

The Comets will be back in action tomorrow night against the Laval Rocket at 7:00 PM. They will battle the Rocket again on Friday night inside the Adirondack Bank Center. Tickets are still available. For more information, visit uticacomets.com/tickets.