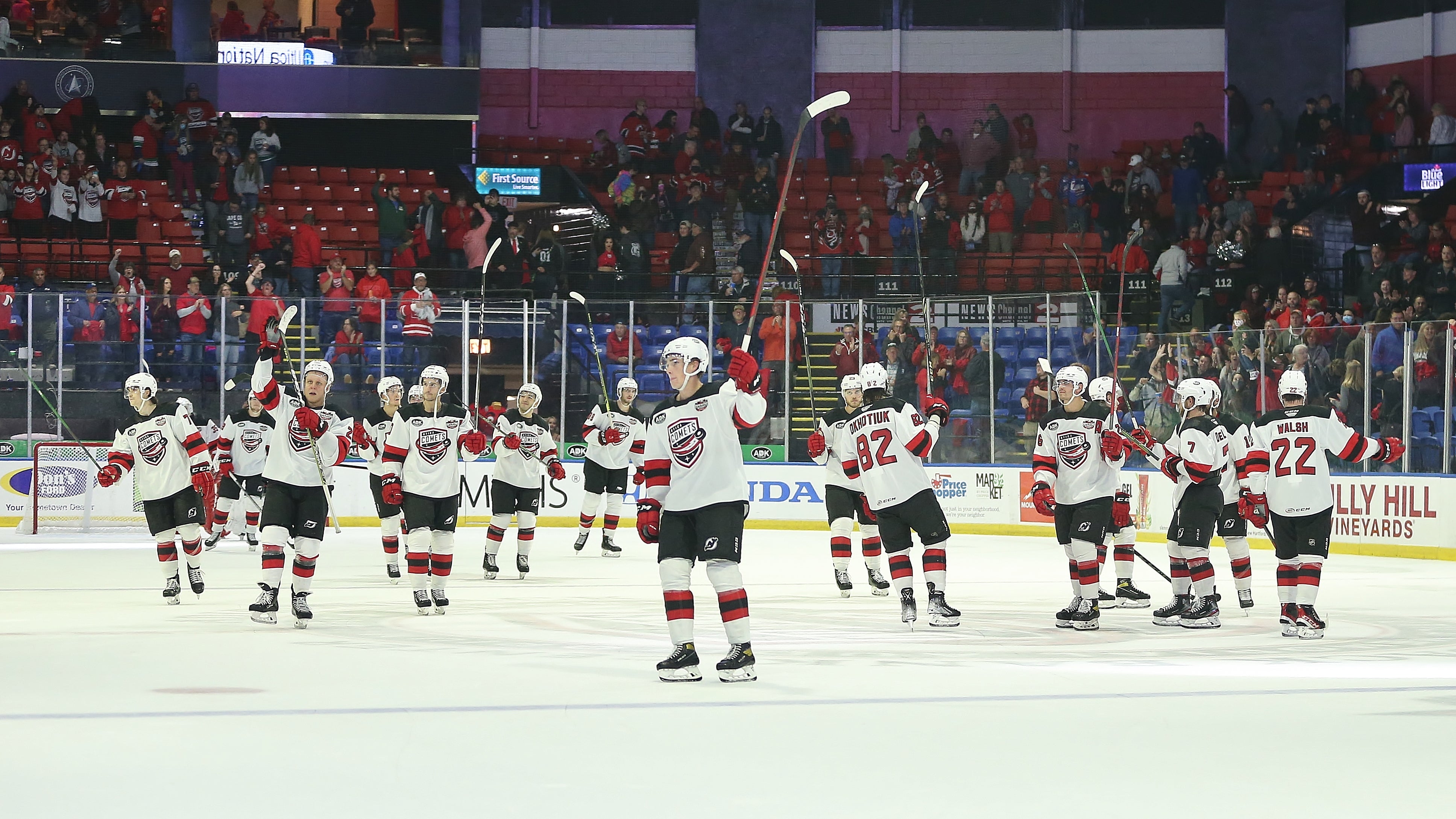 Utica, NY – A new era has begun at the Adirondack Bank Center with the Utica Comets taking down the Rochester Americans by a final score of 6-2 in their inaugural game of the 2021-22 campaign.

After an early game penalty kill by Americans forward Jack Quinn started the scoring netting Rochester’s first goal of the season at the 4:28 mark of the first period. Utica answered that goal less than three minutes later with Nikita Okhotiuk tying the score on a shot from the blueline that found its way past Rochester goaltender Ukko-Pekka Luukkonen.

It was the visitors who took their second lead of the game at the 14:40 point, Casey Fitzgerald, Sean Malone and Brandon Davidson all picking up their first point of the year on a Fitzgerald deflection that found twine behind Nico Daws in net for Utica.

Utica roared back on the offensive with two goals separated by less than a minute, assistant captain Ryan Schmelzer on a breakaway opportunity freezing Luukkonen and evening the score at two, and New Jersey’s 2020 7th overall pick, Alexander Holtz, scoring on a breakaway to give the Comets a 3-2 lead at the end of the opening period.

The 19-year-old’s day would not be over though, taking only 1:29 to get his second goal, this one on the powerplay, and give Utica a two-score advantage.

Utica added on in the third, Aarne Talvitie netting his first and Brian Flynn getting his second point of the afternoon with his first goal to bring the score to its eventual final, 6-2. Rochester outshot Utica 27-24. The Comets scored the game’s lone powerplay goal on three chances while the Amerks went scoreless on five chances.

The Comets are back in action against the Providence Bruins on Friday night at the Adirondack Bank Center with a 7:00PM game time.