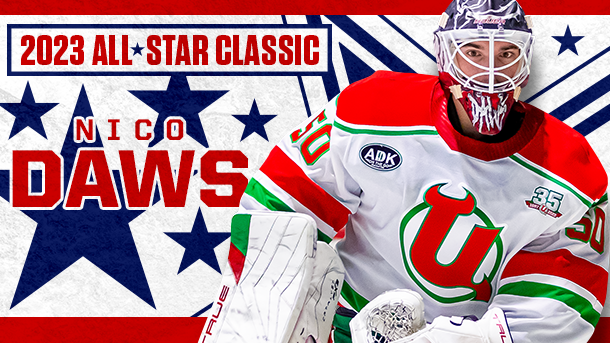 Daws, 6-foot-4, 205-pounds, entered his second season with the Utica Comets to start season. Drafted by the New Jersey Devils in the third round of the 2020 NHL Entry Draft, Daws has skated in 18 games this season for Utica with a record of 10-6-1 holding a 2.67 goals against average with a .905 save percentage. Last season, Daws made his NHL debut for the Devils on October 23rd against the Buffalo Sabres and won the contest at home in New Jersey. In total, Daws has skated in 25 games in the NHL with a record of 10-11-1.

The Comets are back on the ice tonight to play the Cleveland Monsters inside the Adirondack Bank Center. Tickets are still available. Visit www.uticacomets.com for more information.